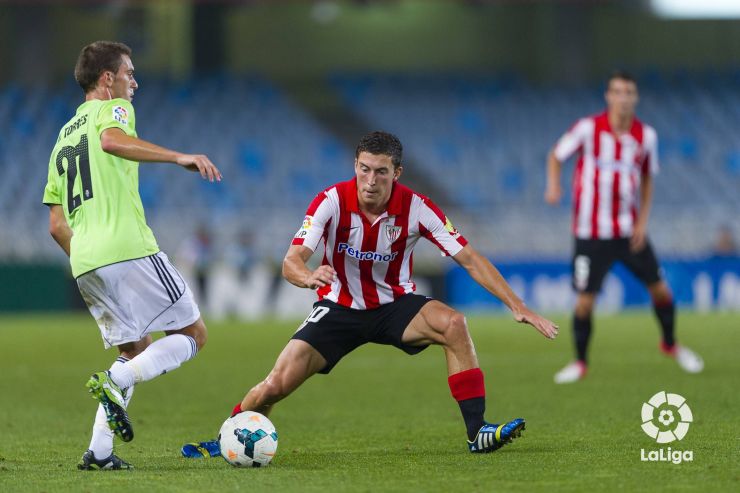 Ibai and Aduriz in the sickbay

Both players came off injured against Granada during the Basque side’s last Liga BBVA clash, and are now doubtful for the next match.

It’s bad news for Athletic Bilbao as Ibai Gómez and Aritz Aduriz are both still carrying knocks and look unlikely to feature against Valencia CF on Sunday. Meanwhile, Kike Sola and Mikel Balenziaga are also still recovering from their injuries and are doubtful to be fit for the weekend’s league encounter.

According to the Basque club, Ibai Gómez pulled his left tendon during last weekend’s game against Granada. Whether he features or not on the weekend depends on his progress.

The other casualty in Los Cármenes was Aritz Aduriz. The forward bruised his right quad and it is now uncertain whether he’ll be available for Ernesto Valverde ahead of the Valencia visit.