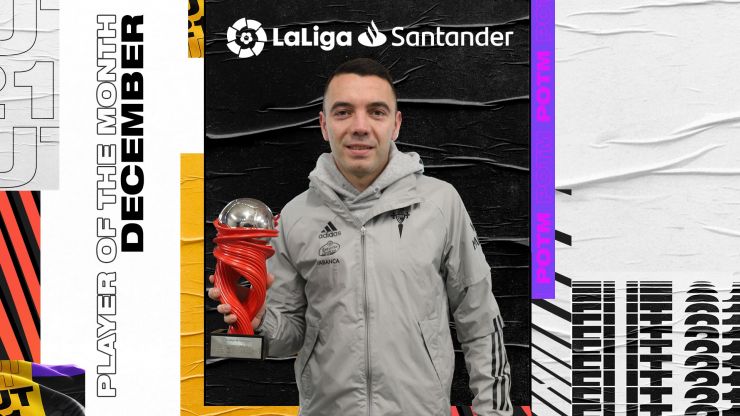 The Celta frontman lands the accolade on the back of a stellar month, in which his goalscoring exploits and instrumental displays were central to the Galician outfit’s fine run of form.

Iago Aspas has been crowned LaLiga Santander Player of the Month for December. The Galician proved to be a pivotal figure in a month in which RC Celta went unbeaten in their five LaLiga Santander outings.

The sharpshooter found the net four times in Celta’s five games last month and tops the team’s scoring charts with nine goals to his name. However, Aspas’s contribution in the final third is not limited purely to goals, with the attacker also weighing in with four assists. In short, of the 11 goals Celta scored during December, the Spanish forward had a hand in no fewer than eight.