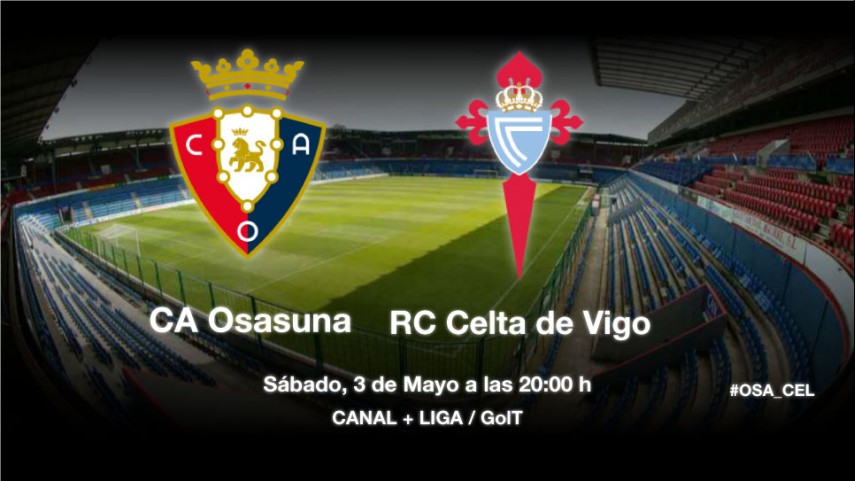 Hunt for safety in El Sadar

Osasuna and Celta square off in Pamplona in a Liga BBVA matchday 36 game. The Galician side could seal their salvation, while the home team need some points to find some breathing room.

CA Osasuna and RC Celta de Vigo meet on Saturday in a Liga BBVA matchday 36 game. The side from Navarre need three points to move a little closer to safety, while the Galicians could achieve that feat in the El Sadar Stadium if Getafe CF do not win first in the Camp Nou.

For the critical clash in Pamplona, José Gracia, Osasuna's coach, will be without Raoul Loé, who picked up an injury against Real Madrid CF in their last match, Sisi, Lolo, Nino and Manu Onwu. In addition, Eneko Satrústegui was left out of the squad for tactical reasons. "We're at the point in the season when objectives are at stake; some of them have already been achieved and we are trying to achieve ours as soon as possible. It's a vitally important match and we'll try to keep the points at home once again. I can assure you there is no lack of commitment or dedication", said Gracia on the eve of the clash.

Luis Enrique, Gracia's counterpart in Vigo's dugout, has left Rafinha out of the squad as a precaution, while Hugo Mallo and Welliton will not be in Pamplona either. "We've equalled Celta's record for away victories and that was one of our goals. Anyone who is expected to find a half-hearted Celta is wrong", stated the Galician side's manager.