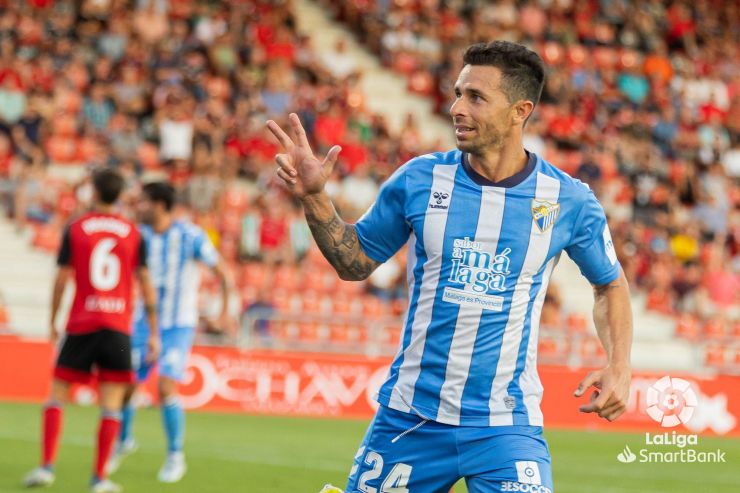 How the 2022/23 LaLiga SmartBank transfer window played out

The curtain came down on a long and exciting summer transfer window on Thursday 1 September with over 200 top talents having checked into LaLiga SmartBank and out to improve the standard of the league.

There was a flurry of activity on transfer deadline day, with deals going through left, right and centre. Some of the most eye-catching moves involved Sandro Ramirez, who will bring added firepower to the UD Las Palmas frontline, whilst Belgium international Jordan Lukaku will be out to show the SD Ponferradina faithful exactly what he is capable of. Elsewhere, CD Leganes have added to their defensive options by snapping up former Real Betis stopper Riza Durmisi and Alfred N’Diaye is back at Malaga CF following a previous spell on the Costa del Sol during the 2018/19 campaign. Another familiar face to LaLiga fans is Levante UD recruit Charly Musonda, who used to torment opposition full-backs in his Betis days. Veteran Coke will bring all of his experience to the cause at UD Ibiza and Luca Zidane will do battle for a place between the sticks at SD Eibar after seeing out his contract at Rayo Vallecano.

After narrowly missing out on promotion to LaLiga Santander last season, Las Palmas have flexed their muscles in the transfer market in a bid to go one better this time round and were one of the busiest clubs. Spanish international Vitolo, commanding Brazilian defender Sidnei, Marc Cardona, the aforementioned Ramirez, Romanian hotshot Florin Andone and Real Madrid loan ranger Marvin Park will all be looking to fire the Canary Islanders to the promised land.

The three teams that dropped down from LaLiga Santander last season, D.Alaves, Granada CF and Levante, have overhauled their squads this summer. The Basques have drafted in a number of new faces, including Salva Sevilla and Jon Guridi. The Andalusians, meanwhile, managed to do deals to bring in Jose Callejon, Jonathan Silva, Alberto Perea, Erick Cabaco and Ignasi Miquel, whilst Rober Ibañez, Wesley Moraes, Bouldini, Joni Montiel, Alex Muñoz and Vicente Iborra, who checks in from Villareal CF, will all be doing their utmost to help Levante UD bounce back at the first attempt.

As well as being treated to the talents of Vitolo, Sandro, Sidnei, Salva Sevilla and Callejon, fans of the Spanish second tier will be wowed by star performers who have previously impressed in LaLiga, including Victor Mollejo, who has swapped Atletico Madrid for Real Zaragoza; and Ruben Castro, who is set to continue terrorising LaLiga SmartBank defences, but now in a Malaga shirt. Elsewhere, Real Oviedo have secured the services of former Ponferradina frontman Sergi Enrich and Peru Nolaskoain, who has previously starred at this level, will turn out for SD Eibar.

With the transfer window now having slammed shut, all that remains for us to do is sit back and enjoy the talents of these LaLiga SmartBank aces, who will do battle to claim glory in the second rung of the Spanish game.

CHECK OUT ALL THE 2022/23 LALIGA SMARTBANK SUMMER TRANSFER WINDOW ACTIVITY.