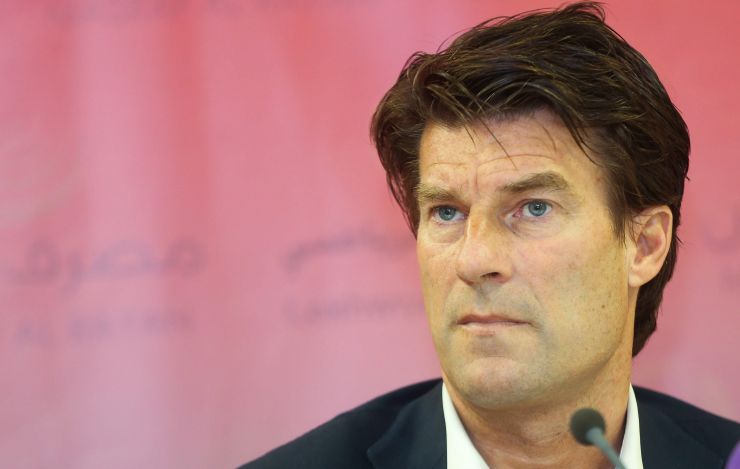 Former LaLiga player and manager to feature on Sunday’s broadcast of El Clásico LIVE from the Estadio Santiago Bernabéu.

On Sunday 1st March, Michael Laudrup, international manager and former FC Barcelona and Real Madrid midfielder, will appear on LaLigaTV for a special appearance to provide unique insight into ElClásico.

Pre-match coverage of ElClásico on LaLigaTV begins at 7:30pm GMT with Laudrup joined by fellow experts, Simon Hanley and Graham Hunter, to dissect the world’s biggest club football match live from the Estadio Santiago Bernabéu in Madrid. Alongside the trio, LaLiga LIVE host Semra Hunter will be joined live from the LaLigaTV studios by Spanish football pundits Guillem Balagué and Terry Gibson to analyse all of the action.

LaLigaTV is the UK’s first dedicated LaLiga channel offering “All of LaLiga, All in one place.” The 24/7 English-language channel is available to UK subscribers on linear television via SKY TV channel 435 for just £5.99 per month, and on Virgin TV on channel 554 at no extra cost to Premier Sports subscribers. LaLigaTV can also be streamed live using the Premier Player OTT service.

Sunday’s ElClásico at the Santiago Bernabéu arrives at a key moment in the LaLiga title race. Barcelona travel to Real Madrid with a two point lead in the table, meaning victory for either team would be a huge step towards claiming the 2019/20 LaLiga Santander title.

Danish icon Michael Laudrup is widely regarded as one of the greatest players of his generation and has gone down in folklore for his majestic playing style and effortless technique. He was a key member of Johan Cruyff’s ‘Dream Team’ Barcelona side where he won nine trophies including four successive LaLiga’s between 1991 and 1994. Laudrup moved to Real Madrid in 1995 where he won his fifth title in a row. He made 62 appearances for the club, scoring 12 goals over a two-year period. In 1999, he was voted the Best Foreign Player in Spanish Football over the preceding 25-year period.

Since retirement, Laudrup has managed eight teams internationally and domestically. His most notable achievement came in 2012, when he led Swansea City to their first ever major English Trophy, winning the League Cup by five goals to cement himself as a beloved figure both in the UK and Spain.

Speaking ahead of the world-famous fixture, Michael Laudrup said: “ElClásico is one of the most exciting fixtures in world football and I expect this game to live up to all the hype. The title race is perfectly poised and both teams will be desperate for the three points. We are in a new era of LaLiga superstars and I’m fascinated to see who sticks their hand up and writes their name in ElClásico history.”