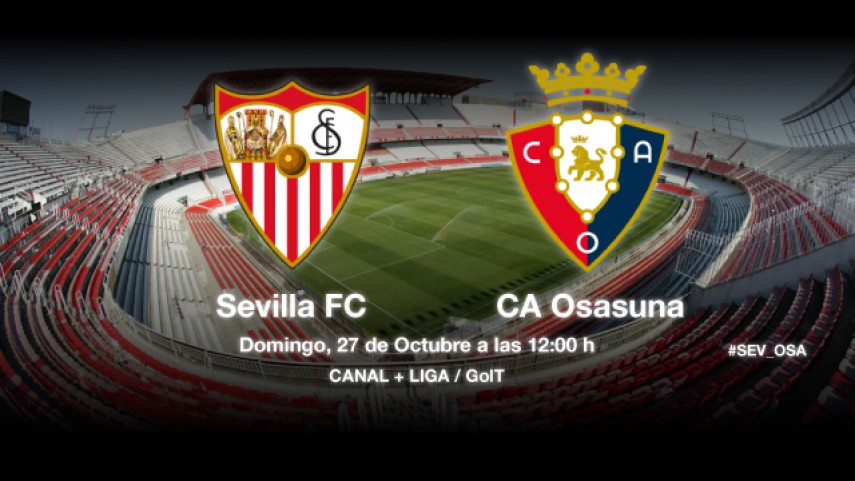 A Sevilla side with Rakitićand M'Bia both coming backtakes on an Osasuna teamlooking to crawl out of the relegation zone.

A four game unbeaten Sevillaside takes on an Osasuna team that has also enjoyed good results in its last two outings in the Liga BBVA, including an impressive 0-0 draw against Barcelona, which saw the Catalans drop their first points of the season.

The home side, which currently finds itself mid-table, will be hoping to keep its good run alive and climb further towards the upper end of the division. According to the Andalusian side’s manager, Unai Emery:"Sunday’s game is very important, we will be energetic and enthusiastic which will help us to continue playing well and pick up results. There are still things to improve though. There’s no point agonising over dropped points, instead we have to correct our mistakes". Helping matters furthers are the returns of two crucial members of the team’s midfield, Croatia’s IvánRakitićand Cameroon’s StéphaneM'Bia, who have both recovered from injuries.

Meanwhile, despite the away side’s improvement in recent games, it still needs all three points to get out of the relegation zone. "We know this is a very strong opponent that will make things difficult for us. But we are highly motivated at times like this, we know if we do things well, we can come out with a good result", the Osasuna coach, Javi Garcia, stated.