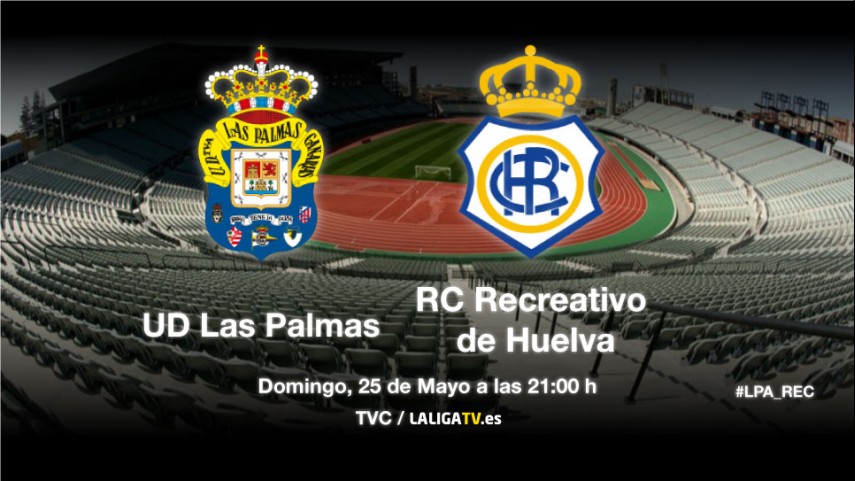 Las Palmas and Recreativo will provide what promises to be a thrilling battle to stay at the top end of the table when they meet on the Canary Islands.

The fight for the playoff and automatic promotion spots is getting closer by the day. Two of the teams in that fight are fourth-place UD Las Palmas, and RC Recreativo de Huelva, currently eighth in the table, and they cross paths this weekend in the Estadio de Gran Canaria.

The home team, managed by Sergio Lobera, lost their last match at the hands of Real Madrid Castilla (3-2), and will be looking to get back to winning ways and return to third place in the table. The Canary Islanders will be without Iranian midfielder Masoud Shojaei for the rest of the competition, as he is now with his national team preparing for the 2014 FIFA World Cup.

Sergi Barjuan’s men will be looking to take a step towards the playoff positions in order to fight for a place in the Liga BBVA next season. "We have to give ourselves as much chance as possible in this match and I will certainly have one eye on Las Palmas", stated Barjuan, who also called his opponents "a top-flight team". Suspended defender Jorge Morcillo and midfielder Jesús Vázquez will not take part.