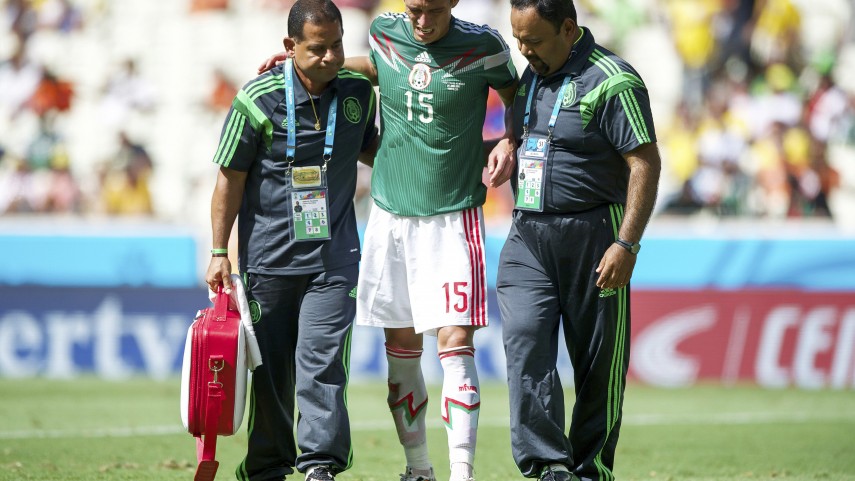 The Espanyol man was injured in the last 16 meeting with Holland at the World Cup.

RCD Espanyol's Héctor Moreno suffered a fractured left tibia in Mexico's game against Holland as the two sides battled it out for a place in the quarterfinals of the World Cup. The centre back was injured as he tackled Arjen Robben at the end if the first half, and was taken off on a stretcher and transferred to hospital.

Espanyol have given an update on the players situation via their official website: "It is a clean fracture of the tibia, without affecting the fibula, or other parts of the player's leg". Following the 2-1 defeat against Holland, Mexico's manager confirmed that in the next few days a decision will be made if he is operated on in Mexico or Spain.