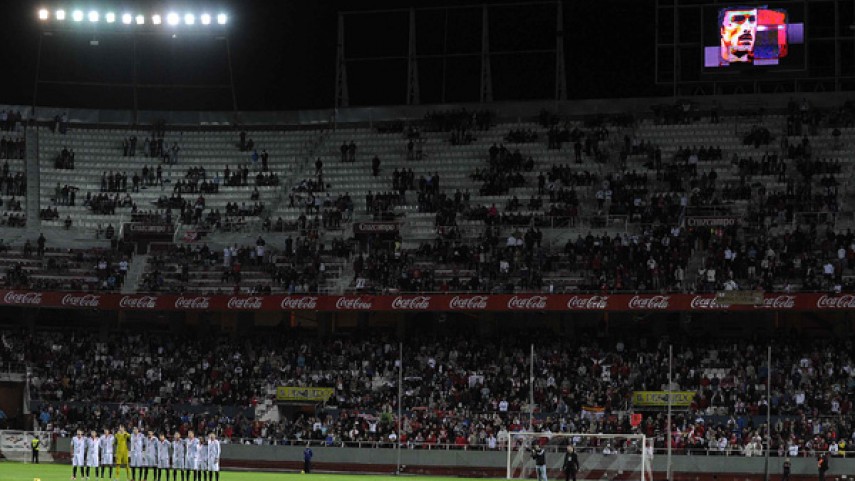 Heartfelt tribute to Puerta in the Sánchez Pizjuán

Sevilla paid tribute to their number '16' in the sixth edition of the Trofeo Antonio Puerta in a match that ended in victory for the home team.

Sevilla FC hosted UD Almería on Thursday for the sixth edition of the Trofeo Antonio Puerta. The club made a special edition to its shield for the heartfelt tribute in memory of Antonio Puerta, adding a '16', the number the player wore on his shirt, one of the many ways his teammates showed that they have not forgotten what the player meant to the team from Nervión.

The build-up to the match included a minute's silence that was recognised by both teams. Shortly afterwards and just before the match got underway, his son, also called Antonio Puerta, took the honorary kick-off. The most touching moment of the match came in the sixteenth minute, when the fans remembered the player with a rousing standing ovation for the entire sixty seconds.

Although the result on this special day is merely a footnote, the home team fought hard to give victory to their old friend. The match went to penalties after a one-all draw, with a goal in the closing minutes from Sevilla midfielder Diego Perotti and an equaliser from the opposition's defender Christian Fernández. The home team won the shootout to make sure that the Trofeo Antonio Puerta, in its six edition, stayed in the Sánchez Pizjuán. The day ended with a group photo of both teams in memory of Antonio Puerta.