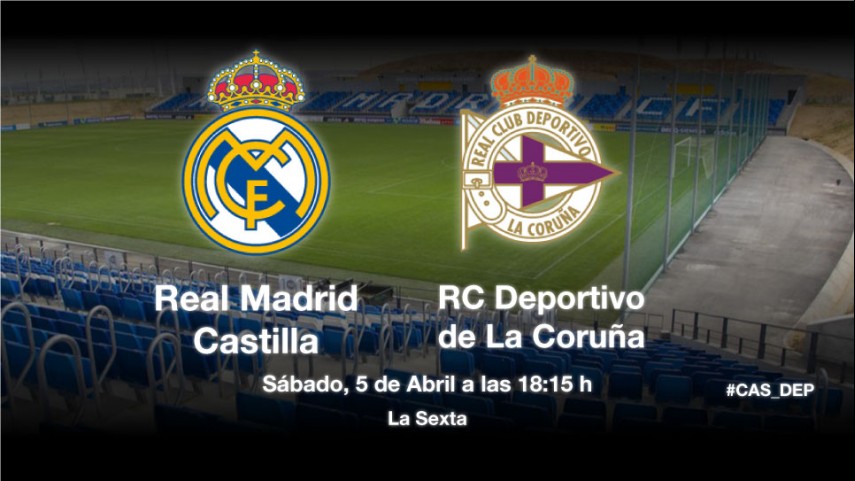 Gunning for the top

A Castilla that has proved inconsistent at home hosts a Deportivo that needs to win to stay in touch with the leader and keep up its hopes of automatic promotion.

Real Madrid Castilla and RC Deportivo de La Coruña will put on an exciting clash on Saturday on Liga Adelante matchday 33. Both of them will be bidding for victory in order to achieve their very different goals.

The main objective of the Whites is safety after losing their last two matches in the Alfredo di Stéfano stadium. The reserves, who have a full arsenal at their disposal, will be looking to make an impact on the table and there is no better way of doing so that against Deportivo, who currently lie in second place.

The Galicians, who have 54 points, travel to Madrid with the intention of mounting an assault on the leaders on Saturday afternoon to take over the top and apply the pressure on SD Eibar. But they will have to do so without Pablo Insua, Álex Bergantiños, Toché and Diogo Salomão, all of whom are out injured. Fernando Vázquez’s men already know what it is to beat the Whites, as they did so in the first half of the season when they beat them 2-0, they will be looking to repeat the feat.