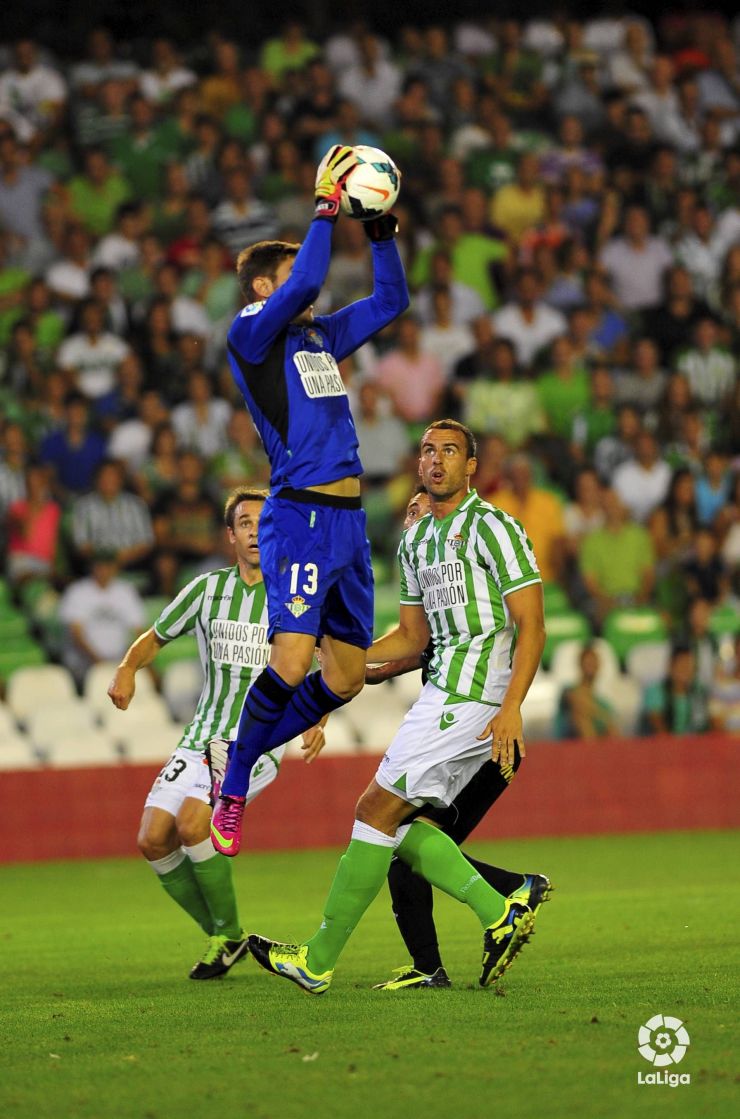 Real Betis Balompié’s good start to the season in Liga BBVA and the UEFA Europa League all stems from a solid defence. In the last six games played at the Benito Villamarín, Pepe Mel’s side have only conceded three goals, and lost only one game (the first of the 2013/14 season at home to RC Celta de Vigo).

A big part of the side from Andalusia’s impressive defence is down to the inclusion of Guillermo Sara. The Argentinean has been fundamental in the stability of the side, and has displaced Stephan Andersen as first choice.

The good defensive work has also been transferred into European competition, with Betis keeping clean sheets in the 6-0 demolition of FK Jablonec in the preliminary round, and during the goalless draw against Olympique Lyonnais in the first game of the group stage. One goal conceded in three matches shows the side’s good work on the continent.