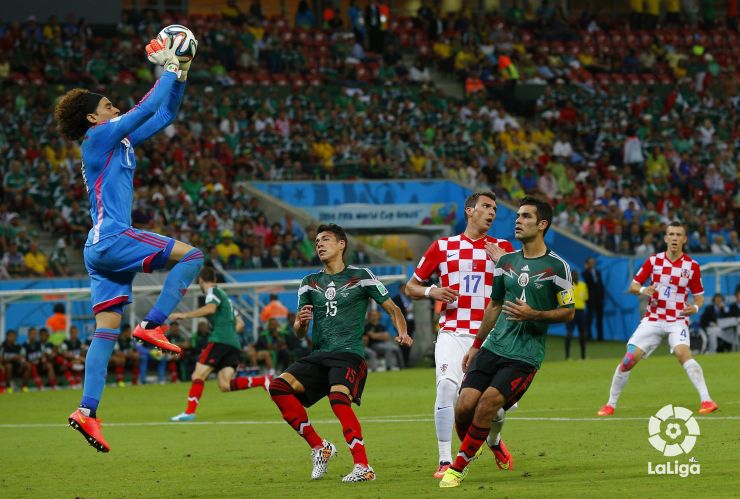 The Mexican shot-stopper was one of the stars of the World Cup in Brazil.

Guillermo Ochoa is Málaga CF’s new goalkeeper, according to a statement from the Andalusian outfit on its website. The team managed by Javi Gracia have reached an agreement with the Mexican keeper for the next three seasons.

'Memo' Ochoa played for CF América in his home country for eight seasons. He won three titles with the Mexican side, the Apertura tournament and the Copa Campeón de Campeones in 2005 and the CONCACAF Copa de Campeones in 2006. In 2011 he made the move to European football and signed for French team AC Ajaccio, where he has been for the last three seasons.

He has played in three FIFA World Cups with Mexico, in 2006, 2010 and 2014. In the last World Cup, held in Brazil, he played a very important role, despite the fact that Mexico went out in the second round against Holland. His outstanding performances won him a man of the match award on two occasions. In 2009 he won the CONCACAF Gold Cup with Mexico.