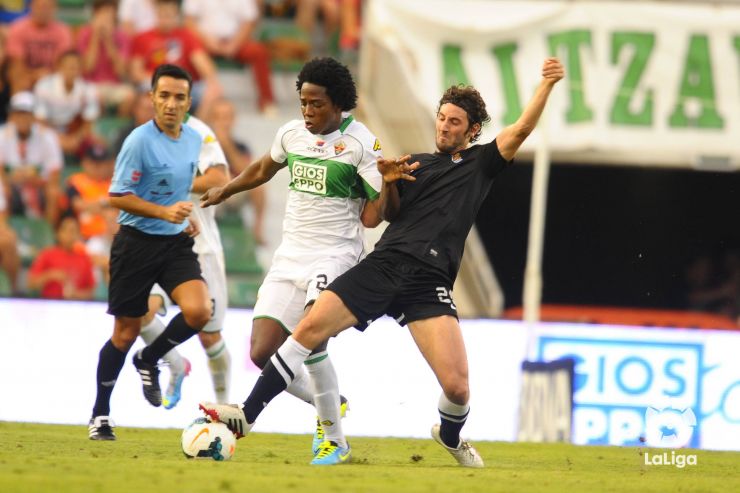 Esteban Granero is now a Real Sociedad de Fútbol player. The Gipuzkoa club made the announcement on their website after reaching an agreement with English side Queens Park Rangers FC.

Granero was a product of the Real Madrid CF academy, but strong competition meant he played for two seasons at Getafe CF. On his return to the Santiago Bernabéu he won three titles in four seasons: one Liga BBVA (2010/11), one Copa de Rey (2011/12) and one Supercopa de España (2012).

In summer 2012 he signed for QPR. After a season with the English side, Granero went on loan for the last campaign to Real, but a knee injury prevented him from playing for much of the season and he only appeared in four games.