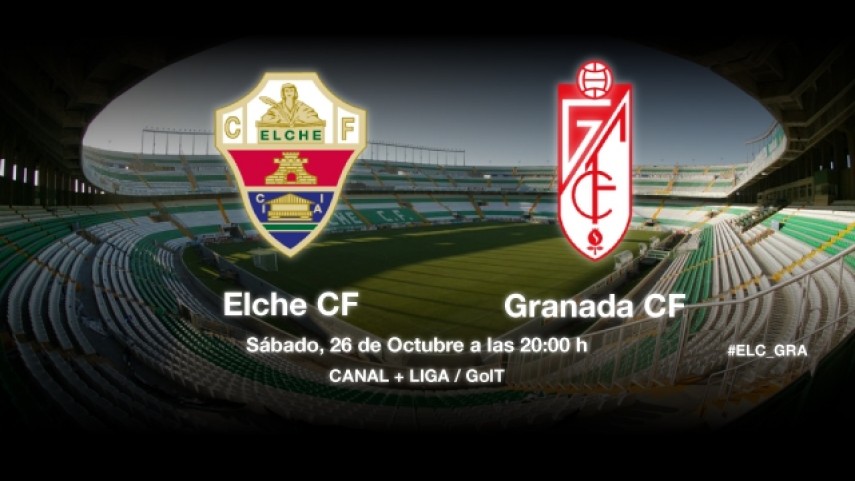 The team from Granada visits the Martínez Valero with their minds set on taking three points from the Alicante outfit, which comes into the game on the back of three consecutive wins.

Granada CF will travel to the province of Alicante to take on Elche CF on matchday ten of the Liga BBVA. The team from Granada, which is in need of victories, will have a difficult job against Fran Escribá's men, who come into the clash firing on all cylinders after winning their last three games.

The coach of the franjiverdes has not ruled out Edu Albácar, one of the team's starters on the left wing. "We will not take any risks with Edu Albácar, he is fine, but we will decide in the morning". The manager also spoke of the dangers of the match. "Granada is an excellent team and if we do not maintain the intensity of our recent matches, we will pay".

For its part, the Andalusian outfit will travel to the Martínez Valero without Dani Benítez, Piti and Pape Diakhaté, the latter due to a ban. Lucas Alcaraz, the away manager, told his players that in order to take three points from Elche "we have to play the match with intensity, with great focus and concentration and with a desire to win at all times".