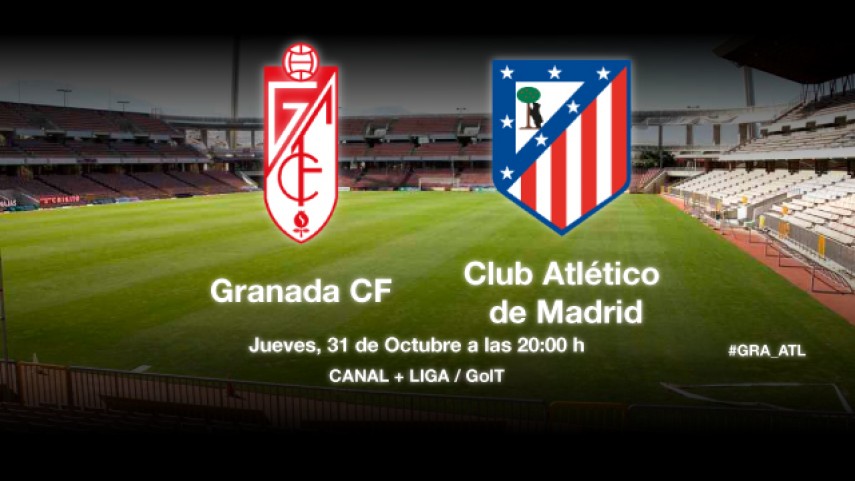 The Andalusian team, who returned to winning ways in the Liga BBVA at the weekend, hosts an Atlético that continues to impress.

Granada CF and Club Atlético de Madrid will square off in Los Cármenes on matchday eleven of the Liga BBVA, with the Andalusian club in the hunt for its second consecutive victory.

The side coached by Lucas Alcaraz, who recorded an important victory against Elche CF last weekend, will be looking to consolidate at home against Diego Simeone's men without Dani Benítez and Piti. "We have to play to our strengths, we are as prepared as possible for the match, and we expect to be able to get past Atlético de Madrid", stated the home manager.

For their part, the team from Madrid approach the match without Arda Turan, while Léo Baptistão is a doubt, but Diego Costa and David Villa are firing on all cylinders. "It is going to be a complicated match against an opponent that has changed systems. It is an optimistic and enthusiastic opponent, and we have to find our A-game to get want we are after", commented Simeone before the match.