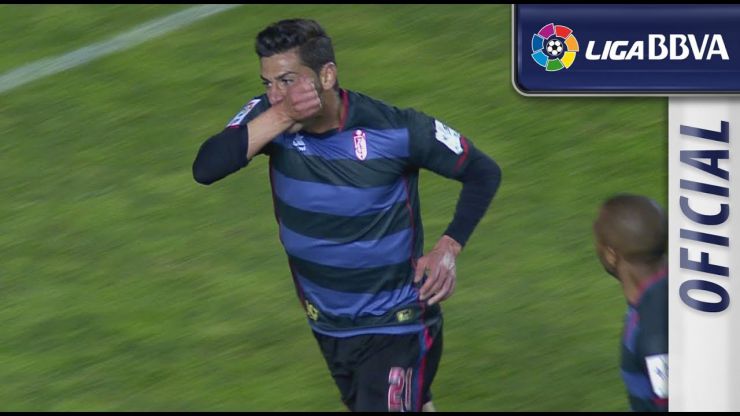 The Andalusian team took three points home from Vallecas with goals from Fran Rico and Riki.

Granada CF beat Rayo Vallecano in the Estadio de Vallecas thanks to goals from Fran Rico and Riki in the Liga BBVA matchday sixteen clash.

It was Granada who looked the more cohesive team as they took to the pitch in Vallecas. The Andalusians, one of the best away teams in the Liga BBVA, looked solid as they quickly took control of the game. The biggest chance came after half an hour when Youseff El Arabi found himself on his own in front of Rubén, but he missed a chance that his bench had already started celebrating. Four minutes later, Fran Rico opened the scoring with a majestic free kick against which Rayo's keeper was helpless.

The second half started just as the first had ended. Despite the best efforts of Paco Jémez's men to threaten Roberto Fernández's goal, they could not find a way through. It was immediately after Rayo's best move that Granada, on the counterattack, sealed the match through Riki. The victory means that Lucas Alcaraz's team now sit comfortably in the middle of the table while Rayo will have to wait until the end of the matchday to find out if they are to return to the relegation zone.