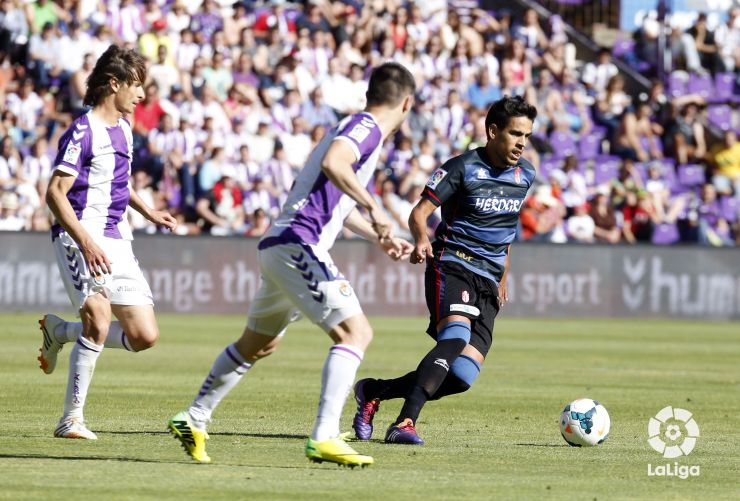 The Andalusian side beat los pucelanos 0-1 to ensure safety in the Liga BBVA. The result means that Valladolid will be playing in the Liga Adelante next season.

Granada CF wrapped up safety in the Liga BBVA after beating Real Valladolid CF 0-1 on matchday 38 of the season. The result condemned the home side to relegation to the Liga Adelante.

Both sides, still fighting for survival in the division and dependent on results elsewhere, put on an entertaining first half of football that was full of chances. Valladolid almost scored first through Javi Guerra before Allan-Roméo Nyom came close to netting an own goal. Jeffren Suárez also had a good effort from distance but it was Granada who took the lead thanks to an unfortunate Stefan Mitrović own goal just before the half time break.

The result in no way favoured the home side, and as such Juan Ignacio Martínez put all his eggs in one basket by bringing on Manucho and Humberto Osorio right after half time to bolster the attack. The substitutions changed the dynamic of the game and Valladolid went all out to get back into the tie. However, Javi Guerra and Óscar González both missed chances to score meaning that los pucelanos will play in the Liga Adelante next season.