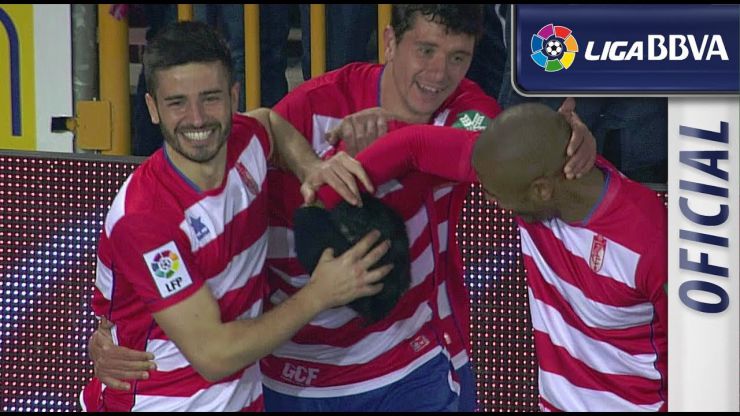 Granada reacquaints itself with winning ways

The Andalusians were at their best against Valladolid as they took no prisoners and all three points in the opening Liga BBVA matchday 19 clash.

Granada CF returned to winning ways on matchday 19 of the Liga BBVA with a 4-0 demolishing of Real Valladolid CF in Los Cármenes, in a match which was decided during the opening 20 minutes.

The first half saw the home side treat its fans to some fantastic football, and from the very first moment Granada went all out to press the visitors’ back line. The positive start bore fruit quickly thanks to a spectacular bicycle kick by Jeison Murillo in the 12th minute, which sent Los Cármenes into raptures. Ten minutes later José Recio popped up to double Granada’s lead.

The dynamic of the match didn’t change during the half time interval and the second half followed a similar script with the home side scoring a further two goals to kill off the game. Recio got his second goal of the night just after the break and Youseff El Arabi rounded off the 4-0 win in the 77th minute. With this victory, Lucas Alcaraz’s men are now on 23 points and climb further away from the danger zone.