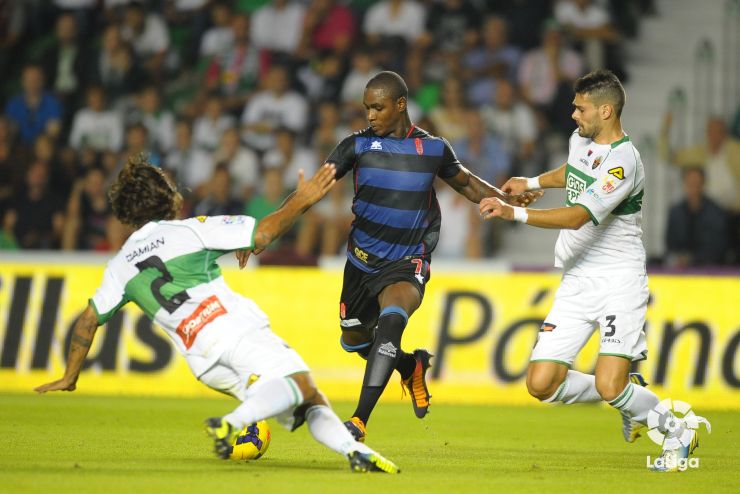 The Nigerian striker will be out for between two to three months after undergoing an operation on his injured left knee.

It is bad news for Granada CF fans as the team's striker, Odion Ighalo,will be out for between two to three months having undergone surgery on Friday for a "tear of the anterior horn of the lateral meniscusin his left knee", as confirmed by the Liga BBVA club on its official website.

The Nigerian striker picked up the injury on matchday 17 against Real Sociedad de Fútbol, although he did not receive a specific diagnosis until the Christmas break. So far, Ighalo ha has played in 16 Liga BBVA matches, scoring a goal and playing a total of 502 minutes.