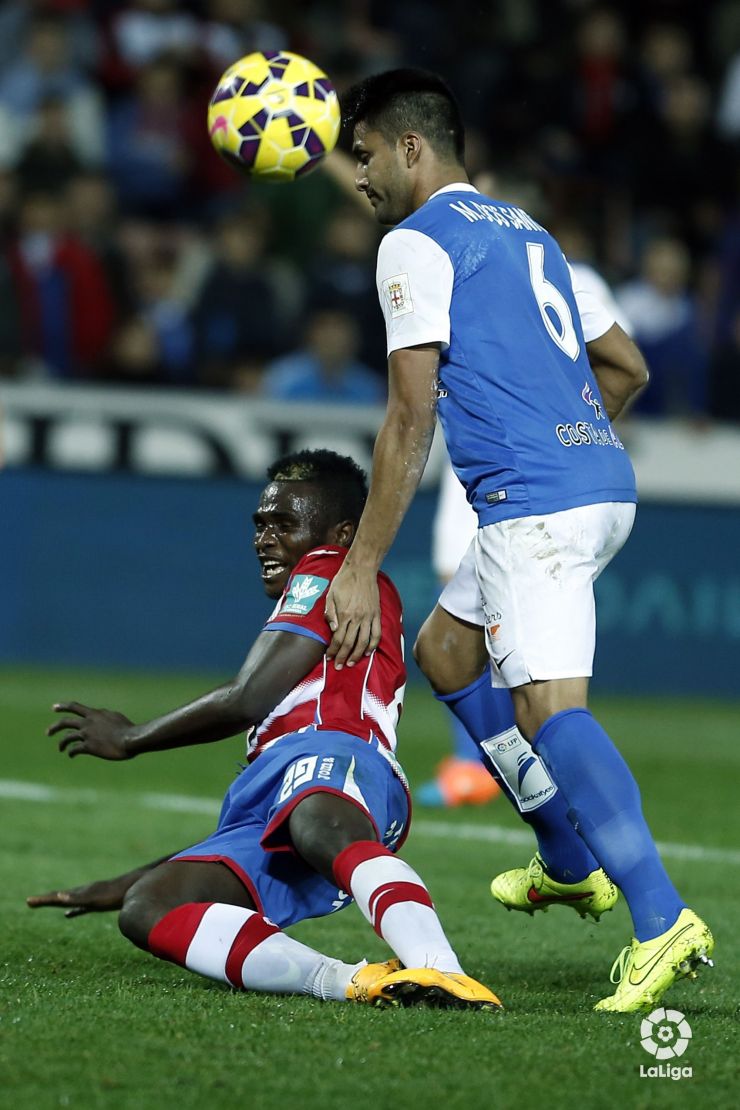 Granada found everything but the net against Almería

Caparrós' team had countless chances to seal all three points, but their poor finishing meant the spoils were shared.

Granada CF and UD Almería were charged with bringing Liga BBVA matchday twelve to a close in one of the matches selected for the 'LFP.es, in-depth' treatment. There was tension, some stunning action and thrills until the end of a game that ended in a goalless draw and one point apiece.

The match started with Granada looking to dominate an Almería who came together well as a defensive unit and sought out the pacey Thievy on the counter. In this good spell for Granada, El Arabi, twice, and Piti, in a one-on-one with Rubén, came close to opening the scoring, but some poor finishing from the home side allowed Francisco's team to keep the ball out of their net and create some danger of their own. However, Soriano's shot sailed over Roberto Fernández's bar.

Almería were more incisive and commanding when they came out in the second half, searching for three points that would come with an important win over the Nazaríes. Joaquín Caparrós' men, who looked on as the visitors grew in strength, took possession back when Jhon Córdoba came on and, with an extra man and their usual system, they began to make inroads on the opponent's area. In the end neither team was able to break the deadlock and a goalless draw allowed Almería to escape the relegation zone and Granada to remain one point above them.