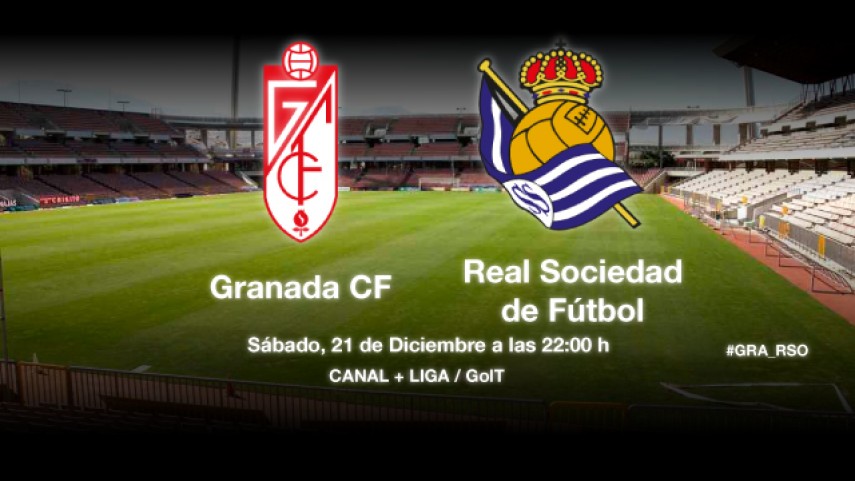 Granada braces itself for an in form Real Sociedad

The Andalusian side will be hoping to move closer to the European spots against the Basques who have won their last three Liga BBVA matches.

Los Cármenes will close out 2013 with an intriguing match between Granada CF and Real Sociedad.

After picking up its fourth away win of the season last weekend, Granada will be looking to get its third home win and move ever closer to the European spots. With question marks hanging over Bryan Angulo and Jeison Murillo, the Andalusian side’s coach, Lucas Alcaraz, will be hoping to get the best out of his men. "Everyone knows all about Real Sociedad, their style of play and approach to the game. I hope we play well and compete", he said in his pre-match press conference.

Meanwhile, Jagoba Arrasate's Real Sociedad, led by Antoine Griezmann who has scored nine goals in eight matches, currently sits sixth in the Liga BBVA and will be looking to make it four wins in a row in the Spanish topflight. Alberto de la Bella, Mikel González and David Zurutuza will all be unavailable for selection. "We want to end what has been an unbelievable year the right way. We'll have to be at our best from the beginning. Granada has very quick players in attack", Jagoba pointed out.