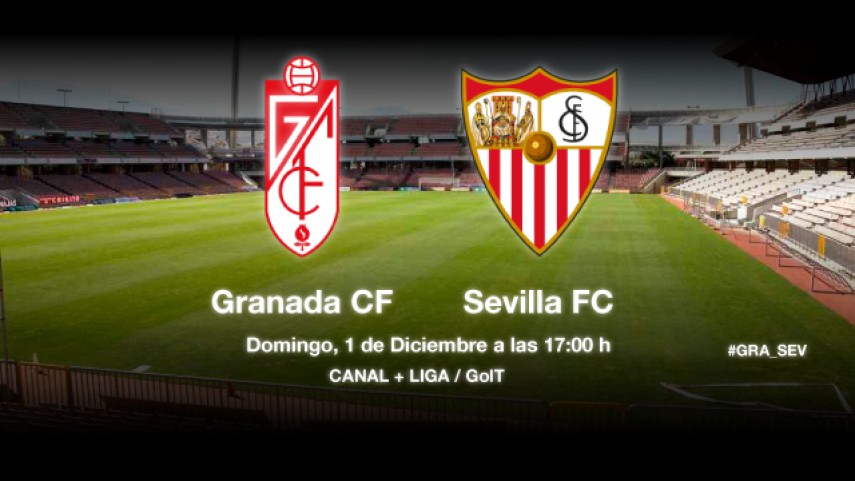 Granada and Sevilla square off

Both the Andalusian sides have won three of their last five matches and come into the match firing on all cylinders.

Matchday fifteen of the Liga BBVA throws up an all-Andalusian clash between Granada CF and Sevilla FC, two teams who are currently enjoying a rich vein of form after winning nine points from the last possible fifteen.

The home side won its last match in the Estadio de Los Cármenes 3-1 against another Andalusian club, Málaga CF. For this tie their coach, Lucas Alcaraz, will not be able to select Dani Benítez, who is in the final stages of recovery, or the suspended Manuel Iturra. Alcaraz warned of Sevilla's strengths: "We believe that our opponent is well equipped in terms of width and dead-ball situations. We have to be ready for everything".

Unai Emery's men are suffering from a high number of absentees. The Basque coach comes to Granada without defenders Cicinho, Nico Pareja, midfielders Marko Marin, Denis Cheryshev, while Diego Perotti is a doubt and Víctor Machín 'Vitolo' is out having picked up a last-minute ankle injury. Emery spoke of his counterpart's progression: "The team is on the up. Every year they have taken a step forward and they have done the same this season".