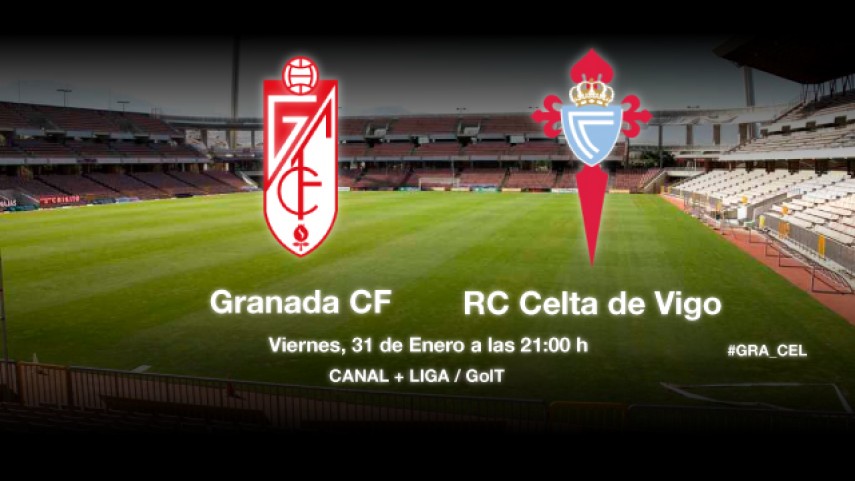 A victory would catapult the Andalusian outfit to the middle of the table, but the side from Vigo will be bidding for a second consecutive win.

Granada CF and RC Celta de Vigo open Liga BBVA matchday 22 with a clash in which both teams, who occupy very close positions in the table, need to pick up points in order to cash in on their form and take a definitive step away from the relegation zone.

The side from Vigo, who have Andreu Fontàs back for the clash and new signing Íñigo López, is convinced that this match will be a turning point in the season. "We will be trying to achieve a goal we have had from the start: two consecutive victories in the Liga BBVA", stated the side's coach, Luis Enrique, before leaving for Granada.

For their part, the Andalusians are aware that possession will be the key to seeing off their opponent. Granada's coach, Lucas Alcaraz, had this to say: "The side that manages the ball best will have the greatest chance of victory". Riki and Odion Ighalo are out injured.