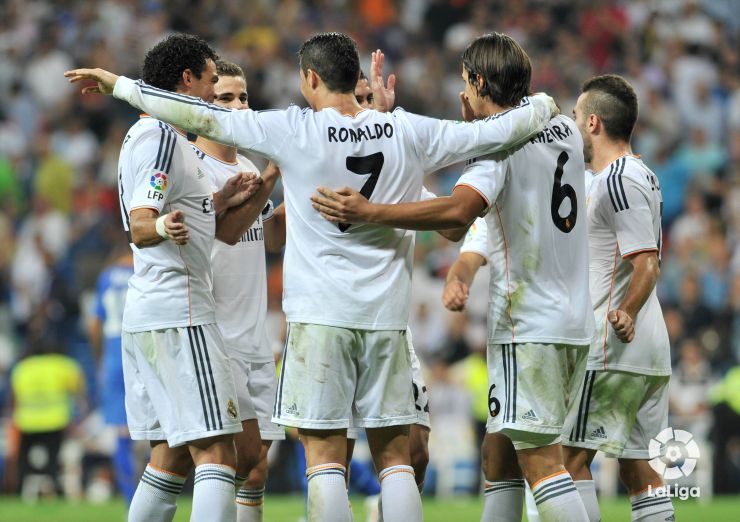 Goals - the party piece of football

It has been more than 17 years since there was an avalanche of goals such as the one in the game at the Santiago Bernabéu on Wednesday. That was when Oviedo played Valladolid in 1996.

Goals are the best thing about football, and on Wednesday even the most sceptical doubters of the sport must have been enamoured with what they saw at the Estadio Santiago Bernabéu. There were no fewer than ten occasions that saw fans leap off their seats in honour of football’s grandest act: goal scoring.

Real Madrid CF and Sevilla FC put on a true spectacle in honour of football: a goal-fest at both ends. The match was a sporting party for the entire 90 minutes, with ten goals of all types and styles. Two penalties, and shots that on another day wouldn’t have gone in, such as the first goal scored by Gareth Bale, or the left-footed screamer from Sevilla’s Ivan Rakitić which nestled in the top corner of Diego López’s goal.

The last time we saw anything like this was in the 41st round of fixtures in the 1995/96 season, when Real Oviedo and Real Valladolid CF played out a similar game at the Estadio Carlos Tartiere. Valladolid defeated the home side 3-8, with Croatian forward Alen Peternac scoring five of his teams goals, four of which were from the penalty spot.

Various records were set in that match, just like when Real Madrid took on Sevilla. Peternac emulated Bebeto’s performance in the very same season against Albacete Balompié by scoring five of his team’s goals, and it was a game in which an unbelievable six penalties were awarded, all of which were converted successfully.

Real Madrid and Sevilla turned back the clock to help us fall in love with the beauty of the sport again, and it will surely be sooner rather than later that Liga BBVA will offer us another spectacular evening of this calibre.