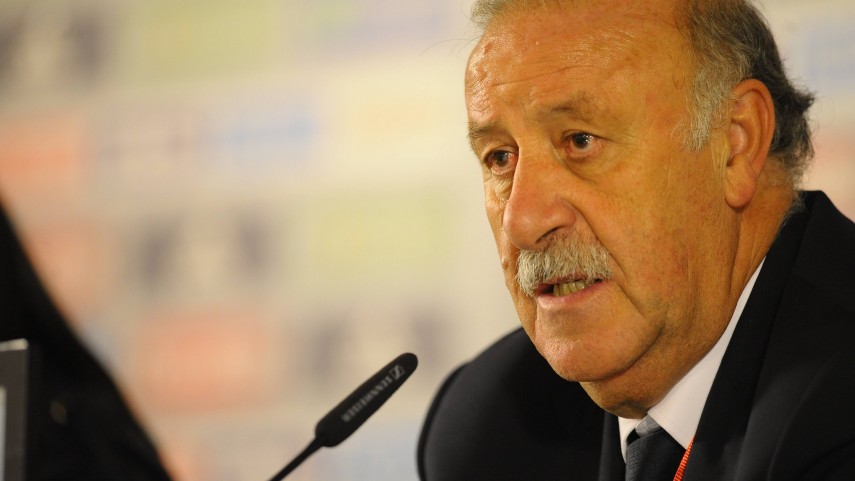 Spain's national-team manager showed his support for 'Champions for Life', which takes place on the 30th of December.

"It will be the last match of the year. It is a charity match and everyone can help by going to the stadium and enjoying the great players who will be there". Del Bosque added that "football has always done a lot for charity and it has never failed in cases like these. The people in this sport are good people". The manager also had a few words of thanks for the players "for the effort they will put in" and stated that he hopes that on the 30th of December there are "goals galore for charity. The more, the better".

For his part, Vicente Miera, an Olympic champion with Spain in the Barcelona Olympics, was also present at the event. Miera stated that "the 'Champions for Life' match is a fantastic reason to attend the Santiago Bernabéu and raise money for UNICEF".

"Football has always done a lot for charity. I think Monday will be great. Also, Madrid always responds well and I am sure we are going to enjoy a great afternoon of football", said the ex-player and coach.

Miera also commended his colleagues Paco Jémez and Javier Aguirre who are managing the two Liga de Fútbol Profesional sides: "They are both in the thick of it at the moment, they are at the helm of two important teams. This will be an incentive for fans".

Besides its charity goal, Champions for Life is a footballing spectacle in which the best players in Spanish football will take part. The event will consist in a match between two Liga de Fútbol Profesional sides, East versus West, in which all the Liga BBVA and Liga Adelante clubs will be represented. Players will represent the team that corresponds to the geographical location of the club they belong to.

Champions for Life is a result of the agreement between UNICEF Spain and the Fundación del Fútbol Profesional, which will last for the next three seasons. Funds raised will be used by UNICEF Spain for children who are suffering from the effects of typhoon Haiyan, in the Philippines, and by the LFP for social initiatives through its Fundación.