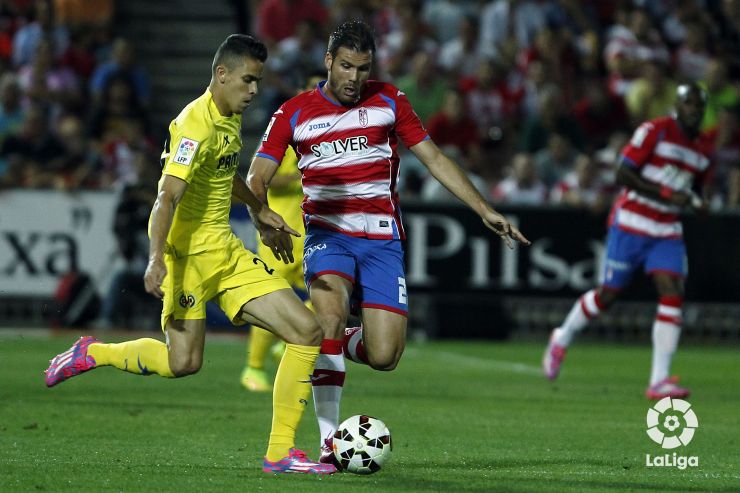 Granada and Villarreal drew 0-0 in a game noted for its absentees and missed chances.

Granada and Villarreal drew 0-0 in the third round of Liga BBVA in a game that saw both sides try but fail to take the three points. Both teams were without a number of star players, and it could be seen in the intensity and rhythm of the play. Marcelo García Toral's side looked to cope without their two wide men and forwards, but were unable to do so, and the manager was forced to settle for a draw, as was Joaquín Caparrós, who could not find a way to unlock the Yellows' defence.

After a first half that saw both sides create chances, with Villarreal dominating possession but not troubling Roberto Fernández, the game became more stretched in the second half.

Headed chances were the main threat, and the first came from Villarreal's Gabriel Paulista. The Brazilian headed over from a corner when he should have done better. The side from Andalusia also came close, and almost surprised their opponents, but they too were profligate in front of goal. In the end the points were shared on a goalless evening at the Nuevo Los Cármenes.