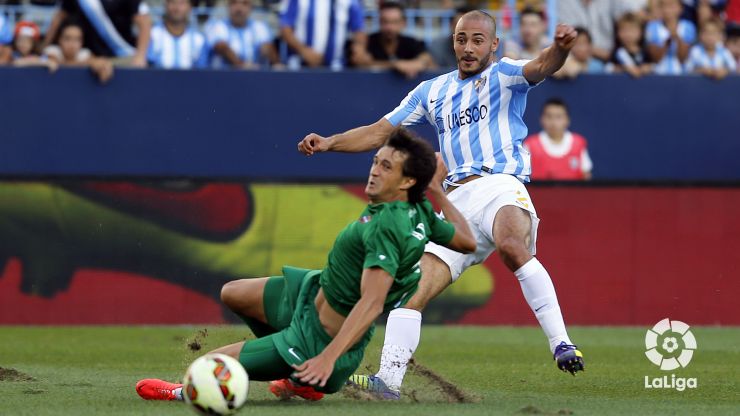 Despite their superiority on the field, the home side were unable to overcome a resilient Levante and the match ended with the score on 0-0.

Málaga CF and Levante UD drew 0-0 on matchday 3 of the Liga BBVA. It was the home side’s first draw of the season, while the Granotas earned their first point so far in the championship.

The Andalusian team had more chances to take the lead in the first half, though in the early stages of the game there was a lack of rhythm and little danger at either end. The first warning signs came in the 28th minute with a shot from Roberto Rosales that found the keeper Jesús Fernández, one of the top performers for the visiting side.

Minutes later it was the turn of Luis Alberto, who tried to surprise José Luis Mendilibar with a powerful shot that hit the crossbar. Málaga had one last attempt before the break, provided by Ricardo Horta. Once again, the visiting goalkeeper saved the shot to keep the score level.

After the break, the game continued in the same vein and Malaga controlled possession in the second half. Again, Horta, Nourredine Amrabat and Roque Santa Cruz looked for the winning goal but had no luck and were unable to avoid the final score of 0-0 at La Rosaleda.