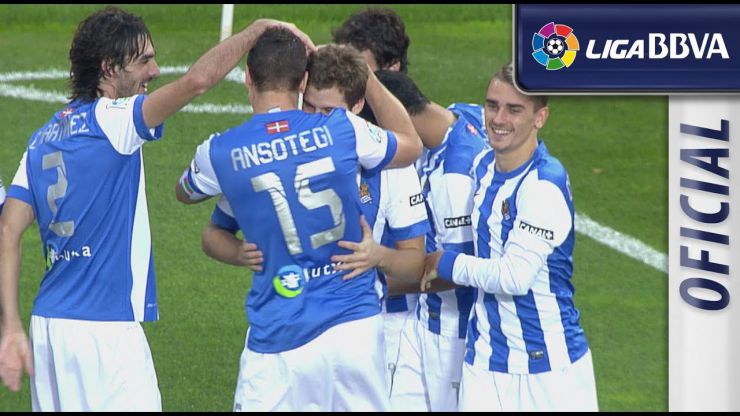 Ansotegi, Iñigo, Griezmann, Chory Castro and Seferovicall got on the score sheet in a match that saw Real Sociedad reignite its European ambitions.

Real Sociedad beat Osasuna5-0 there by compounding the away team's problems near the bottom of the table. The home side, which has now gone four games undefeated, put on its best display of the season in Anoeta during the Liga BBVA matchday 12 clash.

The encounter started off at a fast pace with both teams looking to unlock each other, however, the only real chances came from dead ball situations. Real Sociedad broke the deadlock on the half hour mark when Jon Ansotegi headed home a Rubén Pardo free kick.

Soon after the break, Iñigo Martínez doubled the lead by getting onto another Rubén Pardo cross, this time from a corner. Any chances the visitors had of getting back into the game were dashed two minutes later when Jordan Loties was sent off. JagobaArrasate’s men began to control the match and the goals started to flow as Antoine Griezmann, Chory Castro - who beat Andrés Fernández in one-on-one situation – and Haris Seferovic made it 5-0 for the Basque side, which is now knocking on the door of the European places.