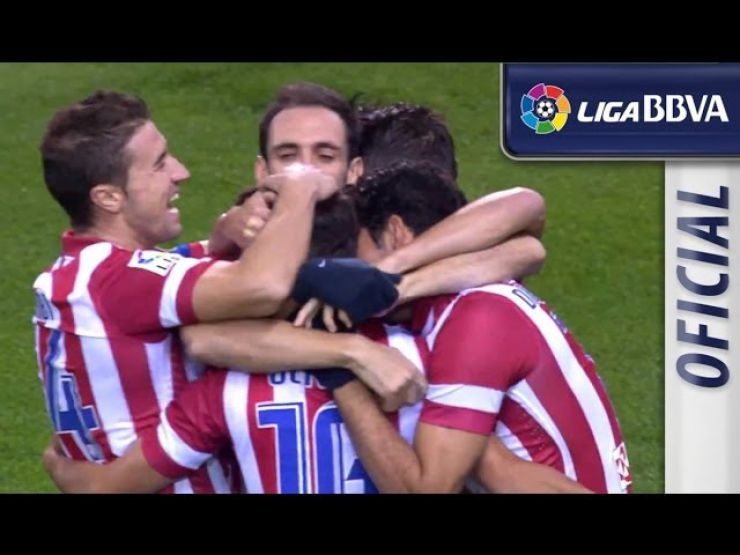 Goal-fest in the Calderón

Óliver's early goal, along with two from Villa, and those of Diego Costa and Gabi, gave Atlético a resounding win over Betis.

Club Atlético de Madrid filled their boots in a 5-0 win over Real Betis Balompié and remain second in the table, just two points behind the Liga BBVA leaders, FC Barcelona. For their part, Pepe Mel's team, has now lost three games in a row and finds itself in the relegation zone.

The team from Madrid only needed 14 seconds to take the lead, and it was debutant Óliver Torres who saw in Koke's cross to record the first goal of the game. Betis tried to react but they found themselves up against an Atlético-shaped wall and the home team had more chances in the first half, the best falling to Diego Godín and Diego Costa.

But the best was still to come for Simeone's men. David Villa, a key player in his team's victory, scored two memorable goals for the Red and Whites early in the second half. It was then Villa again, after a wonderful piece of control, who put Diego Costa in to score the side's fourth. In injury time, Gabi put the finishing touch on the 5-0 victory that keeps the Madrid team's sights firmly set on the top of the Liga BBVA table.