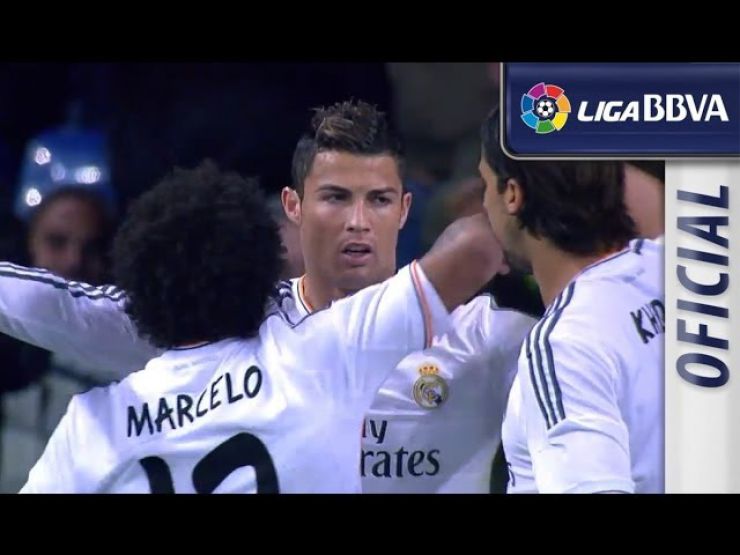 Goal-fest in the Bernabéu

The match between Real Madrid and Sevilla produced ten goals and ended 7-3, a clear demonstration of the attacking sensibilities of both teams.

Real Madrid CF is back in the winner's circle with a thrilling goal-fest. Carlo Ancelotti's team recorded their eighth victory this season and filled their boots in the process, ensuring that any memory of the Clásico is well and truly buried. Sevilla FC, for its part, made the most of the momentum earned through the penalty scored by Ivan Rakitić, but it was not enough to halt Madrid's onslaught.

It was a match filled with goals, and a very attractive one for the fans. The Santiago Bernabéu witnessed one of the week's most spectacular games in which both teams had plenty of chances. In the first half an hour the score was already 3-0, with the Welsh midfielder Gareth Bale bagging two goals. But the visitors were not about to give up without a fight and Real Madrid conceded two goals just before the break, leaving the match up in the air.

In the second half, Ancelotti's team came out with a similar mind-set to that of the first and Karim Benzema soon made it 4-2. The goal came just as Emery's side was subjecting Diego López to a barrage in search of an equaliser. Real Madrid forward Cristiano Ronaldo supplied two more goals and his teammate Karim Benzema put the icing on the cake, while Rakitić gave the visitors their third. The match ended 7-3 in a match with a spectacular exchange of shots where the outright winner was football.