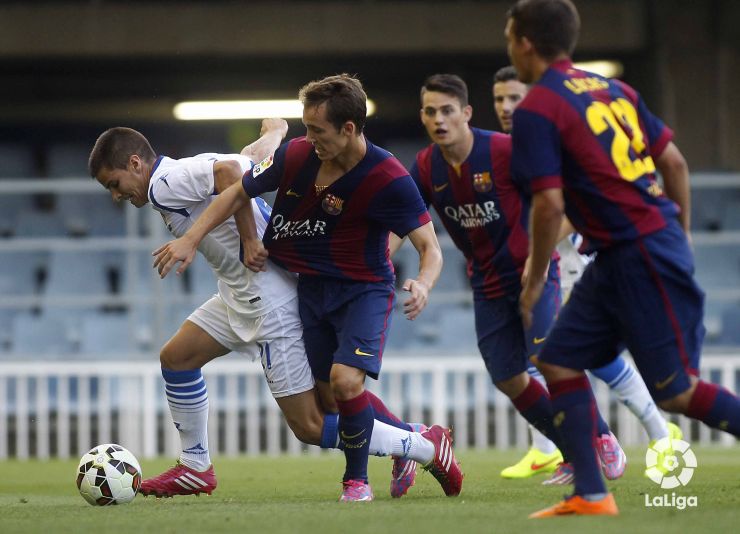 Goal fest at the Mini Estadi

Jean Marie Dongou got the ball rolling shortly after the start. Barcelona B were hungry for more and they used all of their artillery to get the win in front of their fans. The Catalan side beat Zaragoza 4-1 in the third round of Liga Adelante.

The youngster from Cameroon opened the scoring with a header for the Catalans. But Zaragoza responded quickly, and equalised through Eldin Hadžić, who found the net on his debut. The joy for Victor Muñoz's men was short lived. Just before the break, Dongou scored again following pinball in the box.

The second half saw Zaragoza up their same, and they went close through Borja Bastón, who was their main threat throughout the game. Eusebio Sacristán's men hung on, and their assertiveness in front of goal was crucial, with Gerard Gumbau, and then Joan Román opening up the gap between the sides, leaving the men from Aragon with nothing, and still looking for their first win of the season.