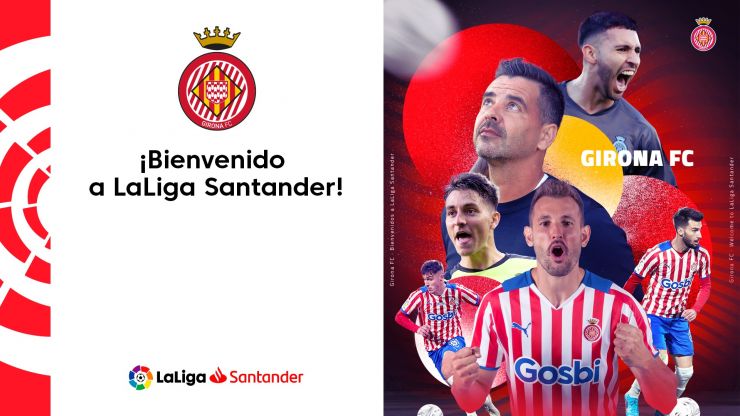 Girona are celebrating after beating CD Tenerife 1-3 in the final of the playoffs for promotion to LaLiga Santander and returning to the top flight of Spanish football after a three-year hiatus.

Girona FC return to LaLiga Santander three seasons on. Los Albirrojos came out on top in the final of the promotion playoffs against CD Tenerife to secure a place in the Spanish top tier next season. It is a dream come true for the fans, who are celebrating once again.

Key to Girona CF's LaLiga Santander return were the goalscoring exploits of Cristhian Stuani. With 107 goals, the Uruguayan striker is the most prolific goalscorer in the club's history, having surpassed Arcadi Camps. This season he netted 23 of the team's 59 goals in LaLiga SmartBank to establish himself as the top scorer in the competition for the second time. What's more, his strike against SD Eibar in the first knock-out game was vital in their quest for promotion.

Another major boost for Los Albirrojos came from Michel. The Madrilenian coach, who took up his place in the Montilivi dugout last summer, signs off on his third promotion to LaLiga Santander, after achieving the feat previously with Rayo Vallecano in 2018 and SD Huesca in 2020.