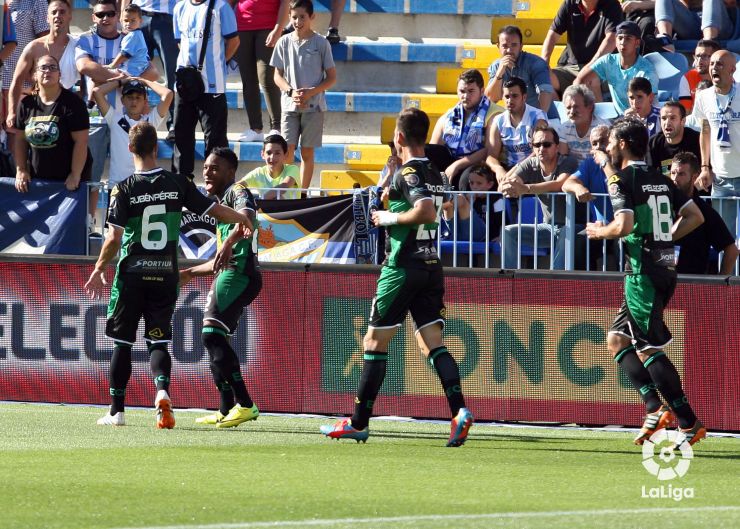 The ilicitanos claimed three vital points in Málaga to stay in the Liga BBVA next season.

Elche CF took an important step to ensure their survival in the Liga BBVA with a 0-1 victory against Málaga CF on matchday 36.

Fran Escribá’s side managed to take the lead at La Rosaleda on eleven minutes through a great goal from Garry Rodrigues, who beat Willy Caballero with a powerful right-footed strike from 25 metres. Roque Santa Cruz came close to equalising on seven minutes after a one-on-one with Manuel Herrera, but the Elche goalkeeper managed to clear. On the 35th minute, the ilicitanos could have doubled their lead through Javi Márquez, but his shot hit the base of the Malaga goalpost.

After the break and with the score on 0-1, Málaga looked for the equaliser, albeit with Elche also trying to seal the match. In the 65th minute Cristian Herrera had a good chance and soon after Caballero sent a good Carlos Sánchez strike off for a corner. After these chances, Málaga picked up their intensity, but the result stayed the same and Elche claimed three vital points.