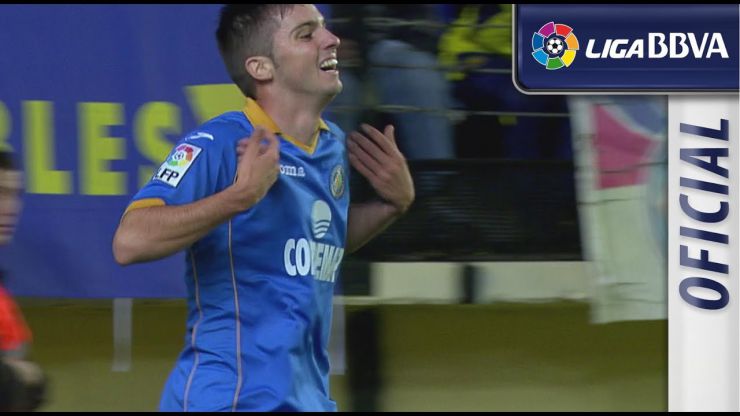 The Madrid side won 0-2 away at Villarreal thanks to goals from Ciprian and Sarabia.

Getafe CF defeated Villarreal CF 0-2 in the 11th round of Liga BBVA fixtures. Goals from Ciprian Marica and Pablo Sarabia mean that the Madrid side are the first away team to leave El Madrigal with maximum points, gaining their sixth win of the season in turn.

Despite the early goal from Ciprian, who took advantage of a misunderstanding between Mateo Musacchio and Sergio Asenjo, and the red card brandished to Pablo Íñiguez in the 39th minute, it was Villarreal who looked the stronger side and threatened to equalise.

In the second half, Getafe maintained their lead through resilience, and were able to seal the win in added time thanks to a Sarabia strike. With this result, Getafe stay in the European places, whilst Marcelino García’s side remain in fourth pending other results.