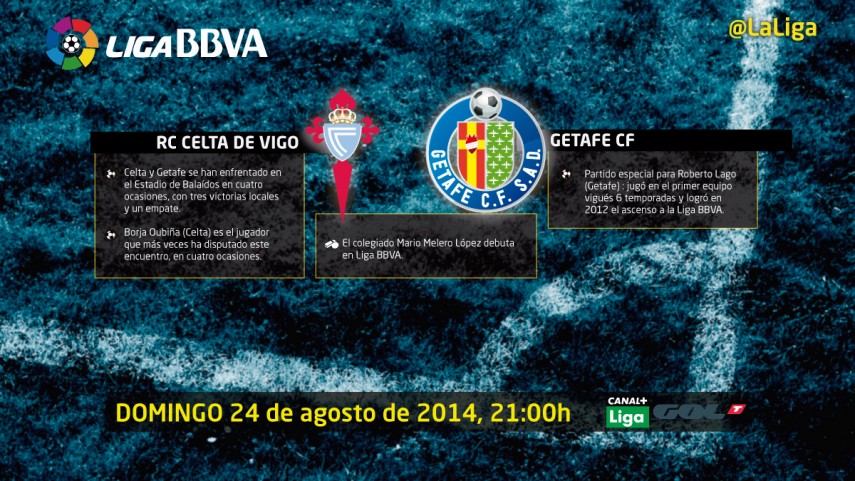 The Galician team will attempt to continue their good pre-season run against the Madrid side, who go into their eleventh straight season in the Liga BBVA.

A new-look RC Celta de Vigo, led by manager Eduardo Berizzo, host Getafe CF on matchday 1 of the Liga BBVA. The Celestes have put in some outstanding performances in the pre-season, defeating the likes of England's Everton FC, and they will seek to continue their good run in official competition. They will face a Madrid side who are going into their eleventh consecutive season in the top flight.

Berizzo will be without the injured Borja Oubiña and Pablo Hernández. The Argentine manager has also left out Santi Mina and David Costas from his selection. On the visiting side, Contra will have to make do without Pedro León, injured, and Mehdi Lacen, suspended.

"We're where we want to be. Getafe press hard and combine very well. They have two midfielders with great ball control and a particularly dangerous striker", said Berizzo in the press conference. The Celestes manager said that he hopes his team do not "rush things", which will prevent them from playing their game.

Contra, meanwhile, spoke about the Madrid club's objectives for this campaign: "My main aim is that people enjoy this Getafe and we entertain them. We're ambitious and we won't rule out anything”.