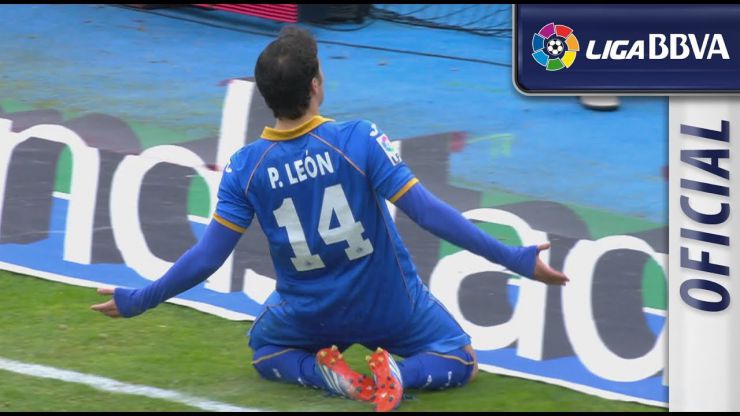 The home team found themselves two behind early on in the first half, but goals from Ciprian and Pedro León brought parity to the encounter.

Getafe CF managed to come from 0-2 down to draw against Real Sociedad de Fútbol on matchday 20 of theLiga BBVA. The Basque team keep themselves in the European qualification places, while the home sidesit comfortably in the mid-table.

Real Sociedad showed their superiority in the opening stages of the game and Imanol Agirretxe putthe visiting team in front in the fourth minute after a cross from Carlos Vela. Soon after, the Mexican forward repeated this passage of great play on the counter attack with Agirretxe heading the second goal for the 'txuri-urdin'. Getafe then woke up and managed to reduce the deficit when Ciprian Marica found the net. Thegoal put the home team back in the game but they were not able to find the equaliser before the break.

After half-time the team from Madrid came out firing on all cylinders. They kept Jagoba Arrasate's men deep in their own half and gave a much better account of themselves. After a great save, Diego Castro pulled the ball back and Pedro León fired it into the back of the net, equalising in a game that became an uphill struggle for Luis García's men in the first fifteen minutes.