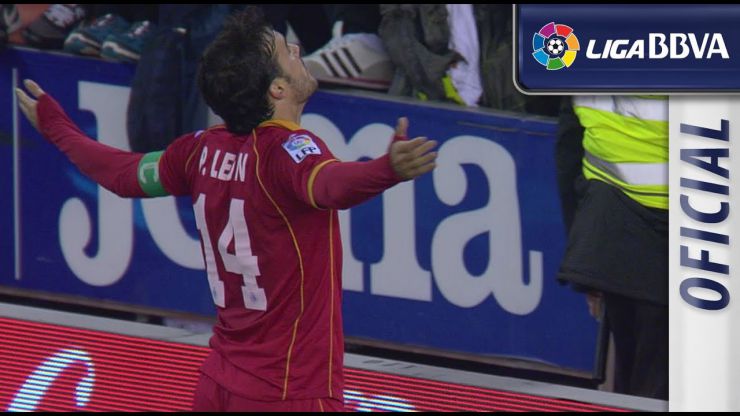 Getafe regain hope at the expense of Valencia

The Madrid team won for the first time in fifteen matchdays in a very intense and evenly matched game at the Mestalla.

It had been fifteen matchdays since Getafe CF had tasted victory. Their win finally came against Valencia CF in the final game on the Sunday in the Liga BBVA.

The footballing weekend came to an end with a great match between two teams with different aspirations. The need for victories was obvious from the first minute of the encounter, with intensity, pace and goals. Valencia scored first through a header from Edu Vargas into Jordi Codina’s net. But Getafe, with faith and good football, pounced on Vicente Guaita’s goal, forcing him to make some spectacular saves. Their chances finally had their reward and, first Ángel Lafita, and then Ciprian Marica, turned the scoreboard around before the break.

Valencia pressed Getafe at the start of the second half, looking for the equaliser. Philippe Senderos, Vargas and Paco Alcacer, who came on after the break and hit the crossbar, laid siege on Codina who hung on to keep his team in the lead. Juan Antonio Pizzi’s side dominated and created chances, but the azulones, in a counter-attack three minutes from the end by Pedro León, sealed the match.