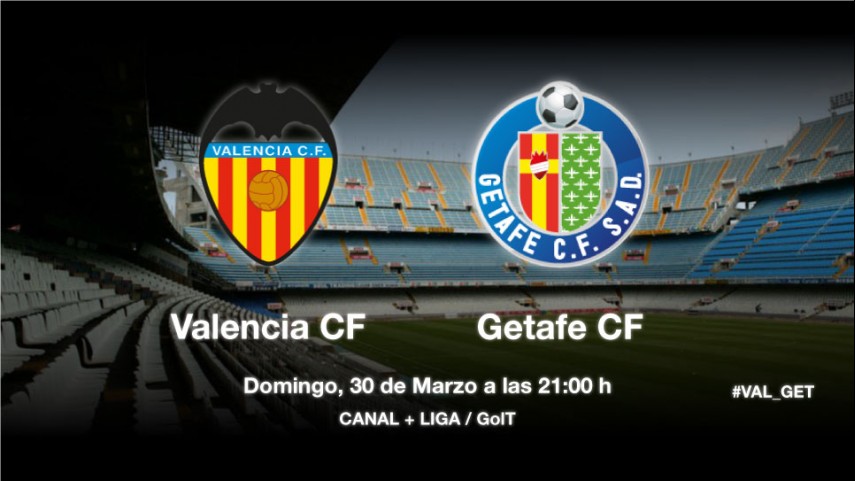 Getafe look to mount a reaction in Mestalla

The Madrid side needs to lift its game ahead of the final stretch of the season. Valencia, who are nine points off the European places, will be looking to make the most of their home advantage against a weak Getafe team.

Valencia and Getafe faceoff in Mestalla for a Liga BBVA matchday 31 clash that both sides will be desperate to win. Both teams will be approaching this weekend with an eye on their end-of-season goals.

Getafe hasn’t won a game since November 29 of last year. Since then, the Madrid outfit has only managed to pick up five points and has slipped into the relegation zone. Cosmin Contra will also be hampered by the following list of injuries: Miguel Ángel Moyá, Diego Castro, Jaime Gavilán and Roberto Lago. Ahead of the encounter, the Romanian manager made it clear that, "the team cannot sink any further, now the only way is up".

The priorities for Juan Antonio Pizzi’s side are completely different. Sitting nine points off the European places, Los Che will be looking to remain in the race for one of next season’s coveted continental spots. Joining Diego Alves, Víctor Ruiz and Ricardo Costa on the Valencia physio’s bench is Seydou Keita. The Argentine manager has asked for the most from his players ahead of Sunday’s fixture: "In this profession the only thing fans won’t forgive is not giving it your all to win".