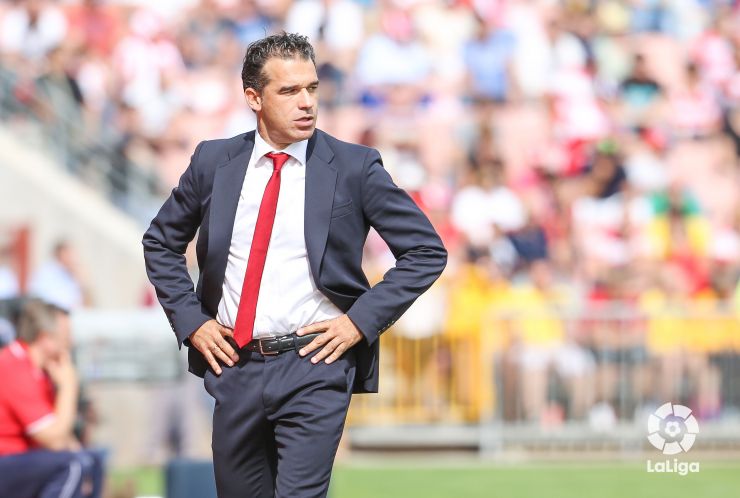 The azulones' coach leaves his post at the helm of the Madrid team after nearly three seasons in charge. Cosmin Contra has been chosen to take the reins at Getafe.

Luis García Plaza is no longer the Getafe CF manager. The coach from Madrid has left his post at the helm of the azulones in the midst of his third season with the club presided by Ángel Torres. Alongside sports director, Toni Muñoz, in a press conference, Luis García expressed his gratitude to the club and stated that he "arrived at the Getafe club with my head held high, and this is still the case as I leave", according to an official statement on the club's website.

García Plaza arrived at the club in the 2011-12 season when he kept the side in the Liga BBVA in his first and second campaigns. Last February, Plaza took charge of his 100th Liga BBVA match in the azulón dugout becoming the coach to have led Getafe in the most games in the top-flight.

Cosmin Contra has been chosen to take the reins at Getafe CF after the dismissal of Luis García Plaza. The Romanian manager comes from FC Petrolul Ploiești in the Romanian Liga 1. He joins the azulones for the remainder of this season and two subsequent campaigns.