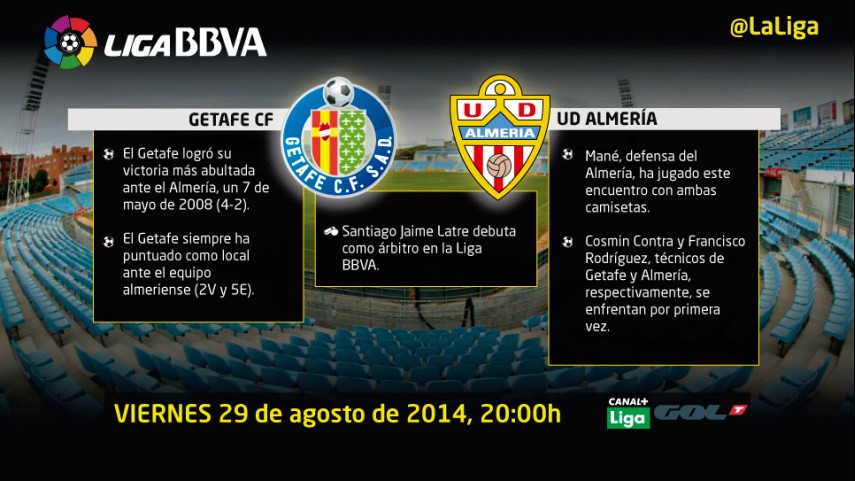 Getafe and Almería looking for their first win

The home side lost their first match against Celta, while the Andalusians let the three points slip in the last minute.

Football returns to the Coliseum Alfonso Pérez on the 10th anniversary of Getafe’s first game in Liga BBVA. Two of the league’s youngest bosses in Cosmin Contra (38) and Francisco Rodríguez (36) will go head to head on Friday. Getafe and UD Almería, two sides separated by only two points last season, are looking for their first win of the season.

Contra has picked 18 players for the game. The Romanian coach is without injured quartet Alexis Ruano, Rafa López, Pedro León and Rafita, while Abdoul Karim Yoda also misses out due to administrative reasons. Francisco has his full squad available after being without Ximo Navarro and Ramón Azeez against Espanyol. José Manuel Jiménez 'Mané', Wellington Silva and Enrique González 'Quique' have been left out of the matchday squad.

In his pre-match press conference, Contra spoke warmly about their opponents: "I saw a god side who will do everything they can to take the points". Francisco, meanwhile, spoke about how difficult a tie this was: "Getafe have a good squad. They lost against a good Celta side, and they will put the pressure on, and as a lot of us".