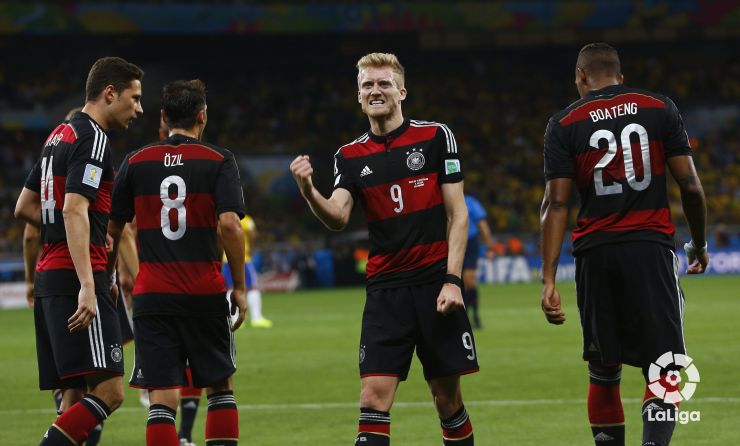 The two national teams will go head-to-head on Sunday in the final of the FIFA World Cup, with four Liga BBVA players involved.

The moment has come. The final of the FIFA World Cup is here. Germany and Argentina will do battle on Sunday at the Maracanã Stadium to claim the most coveted title in world football. The two sides met previously in the Mexico 1986 finals, in which the Argentineans won, and in Italy 1990, when the Germans took the spoils.

Germany go into the game in superb form after an historic 7-1 victory over Brazil in the semi-finals. However, their manager Joachim Löw is taking nothing for granted: "In a final there are no favourites. The previous games make no difference. Our 7-1 against Brazil is of no importance". "The Argentines are very dangerous. They have conceded very few goals. They have a very good defence; they're a very aggressive team", added the Germany boss.

The Mannschaft, who have Sami Khedira in their ranks, will bid for their fourth title after taking down Algeria, France and the hosts in the knock-out stages.

They will face an Argentina that have worked hard for their ticket to the final. The South American side knocked out Holland in an exciting semi-final encounter that had to be decided in a penalty shoot-out, after making it through tough matches in the Round of 16 and quarter-finals against Switzerland and Belgium.

Argentina will be led by Lionel Messi and Javier Mascherano, FC Barcelona players who are the team's stalwarts in attack and defence. Ángel Di María, who plays for Real Madrid CF, another star of the Argentine side in this World Cup, is still recovering from an injury, though his involvement has been entirely ruled out. The three of them will aim to make history and claim Argentina’s third world crown.