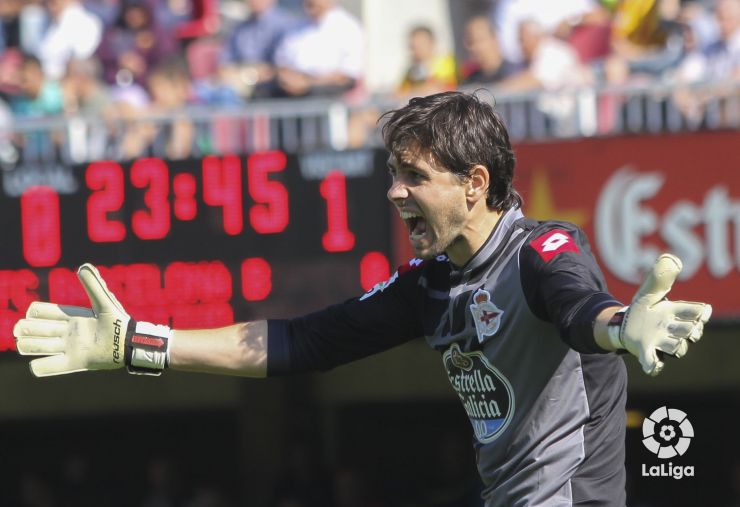 This Sunday's draw between RC Deportivo La Coruña and Real Zaragoza was notable for more than just the points shared between the teams, as Germán Lux has found a place in the club's history books by beating Dani Aranzubía's 415 minutes without conceding, a record for the Galician outfit this century.

The Argentinian goalkeeper, an ex-RCD Mallorca player, set a new standard against the team from Aragon by keeping the ball out for 460 minutes of play, from the goal conceded against Real Sporting de Gijón on matchday five of the Liga Adelante.

AD Alcorcón, Hércules CF, CD Mirandés and FC Barcelona B were unable to find the Galicians' net and only Víctor Rodríguez's goal in the 79th minute of the match against Zaragoza was able to put an end to the South American keeper's run.

Also, Lux is top of the list of goalkeepers to have conceded the fewest goals, having kept six clean sheets in ten Liga Adelante matches. However, his stats pale in comparison to those of the 1993/94 season, when Deportivo strung together seven matches without picking the ball out of their net.