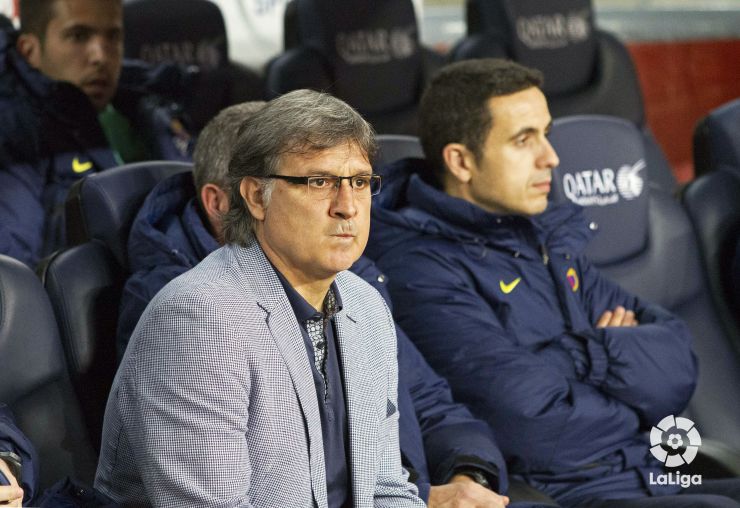 In his post-match press conference the Argentine announced that with the mutual consent of the Catalan club he has decided to call an end to his time as Barca manager.

In a press conference held after today’s match, FC Barcelona manager Gerardo Martino, accompanied by the club’s sporting director Andoni Zubizarreta, announced that he has come to a mutual agreement with the club to call end to his time at the helm of the Catalan side.

The press conference was called after Barcelona’s last Liga BBVA game of the season, in which they drew with Club Atlético de Madrid. Martino described his season in charge of the first team "as a great honour. I want to apologise to the fans for not meeting their expectations", the Argentine stated.

The club’s sporting director, Andoni Zubizarreta, also thanked the Rosario native for his year of service as the Barcelona first team manager. "I want to thank Tata for his work in what has been a difficult year from the very beginning".

Martino arrived at the club on the 28th of July 2013 and won his first title of the season exactly one month later, in the Spanish Super Cup. Additionally, he got his players to the quarter-finals of the Champions League, the final of the Copa del Rey and had them competing for the Liga BBVA title right up until the last game of the season against Atlético de Madrid.