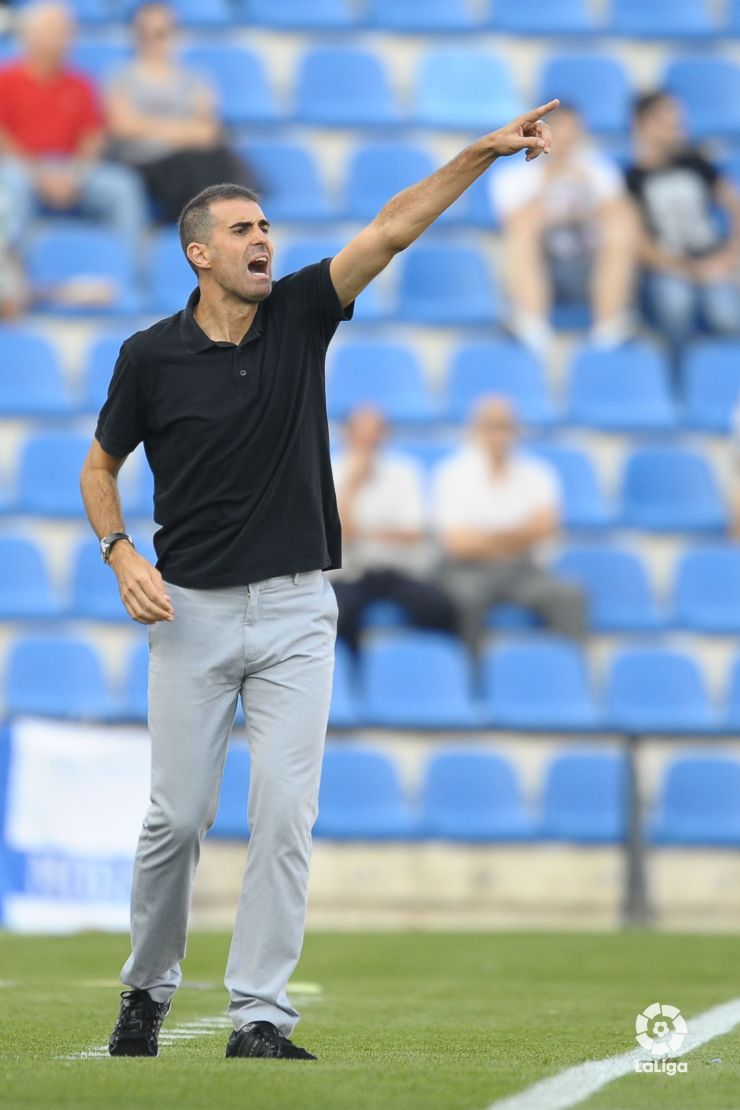 Garitano: "Promotion is thanks to everyone's hard work, including the fans"

After winning a place in the Liga BBVA, the Armeros' coach discusses their historic season and his experiences at Eibar.

Last Sunday proved to be the biggest day in the history of SD Eibar. Having sealed promotion to the top flight for the first time, the Armeros are now fighting for the Liga Adelante crown. Their manager, Gaizka Garitano (Bilbao, 1975), one of the heroes of their success, discussed his team with LFP.es.

LFP.es: Congratulations on your promotion, with two matches left to play you are Liga Adelante leaders and you have broken all of the club's records. How is the team feeling amid all of this?

Gaizka Garitano: What we've achieved is still sinking in. It is historic and we're really enjoying it. After all the effort, now it's time to celebrate.

LFP.es: From the Segunda B to the Liga BBVA in two years. Your confidence in the team has always been clear, did you ever imagine you would come so far though?

Garitano: We have worked towards it, it's no coincidence. I think we deserve it, although we would all have taken staying up before we started. The team has been ambitious, I believed we could do things and we're very happy about it.

LFP.es: In 2005, Eibar fought for promotion until the final match. You never managed it as a player, but now you've done it as a manager. Did you see it as unfinished business?

Garitano: Yes, we were on the verge of going up when I played here. I was the captain then and now, as manager, I've had more luck. I had monkey on my back and now I've been able to get rid of it.

LFP.es: The club's president, Álex Aranzábal, told us last week that you and Patxi Ferreira are the keys to Eibar's success. Would you agree?

Garitano: No. We have just contributed and now we'll see what happens from here on. The success is thanks to everyone's hard work, including the fans. I am the visible face, but I have a lot of people behind me and, above all the stars are the players. They have been the architects of this.

LFP.es: Are you worried about the club’s economic situation?

Garitano: Of course we're worried. The club now needs money it does not have. I will be difficult but we expect to get it. It would be a shame not to go up after such hard work.

LFP.es: Some players such as Ibai Gómez and even Xabi Alonso seem keen to play in Ipurua next year. Does the prospect of hosting teams like Real Madrid CF, FC Barcelona and Club Atlético de Madrid provide extra motivation?

Garitano: It's amazing for Ipurua to be able to experience that. Above all for the fans, because some very good teams will be coming here.