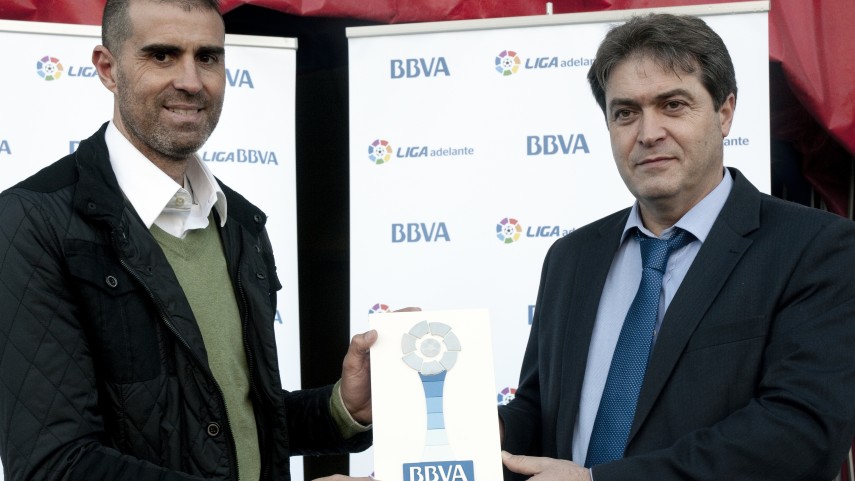 Garitano, manager of the month for November in Liga Adelante

His good work at Eibar has resulted in him being given the prize.

Gaizka Garitano has been chosen as the BBVA Manager of the Month in Liga Adelante for November by the Liga de Fútbol Profesional’s principal sponsor.

SD Eibar banked on Garitano, a local man who knew the philosophy and history of the side. He took over in 2012/13 and earned promotion to Liga Adelante. This season the statistics keep on improving. After 17 games, the Basque side are in sixth place, and currently occupy one of the playoff spots that would give them the opportunity to secure promotion to Liga BBVA at the end of the season.

The manager from Bilbao has managed to get his side in amongst the big boys of Liga Adelante. Since game 10 they have been at the right end of the table, securing important wins, hammering Real Madrid Castilla 6-0, and winning away at Reacreativo de Huelva 1-2, knocking the Andalusian side off top spot in the league in the process.