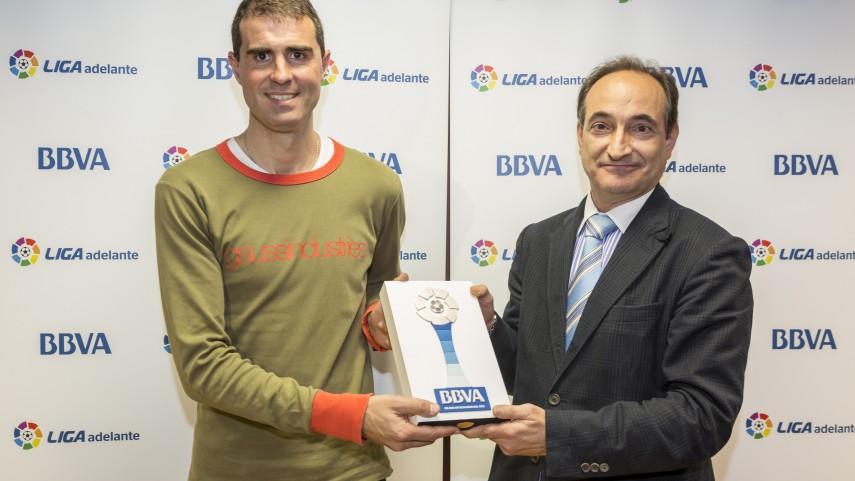 Garitano, Liga Adelante manager of the month in February

The Eibar manager took his side to helm of Liga Adelante with consistent results: three wins and a draw.

February was a terrific month of SD Eibar. With 10 points from a possible 12, the Basque side showed themselves to be a consistent outfit in Liga Adelante, gaining first place in the table over the last four rounds of games.

For all that, and for his efforts in the previous months of November and December, the Liga de Fútbol Profesional’s principal sponsor has given the BBVA Manager of the Month award for February to Gaizka Garitano. His side won three consecutive games (against UD Las Palmas, Córdoba CF and CE Sabadell) in February, and drew once (Real Murcia CF).

These results should not come as a shock. The side have been improving throughout the season and such achievements are testament to their growth. Eibar are the team on everyone’s lips in Liga Adelante right now. In addition, central midfielder Jota Peleteiro has been named player of the month for February.