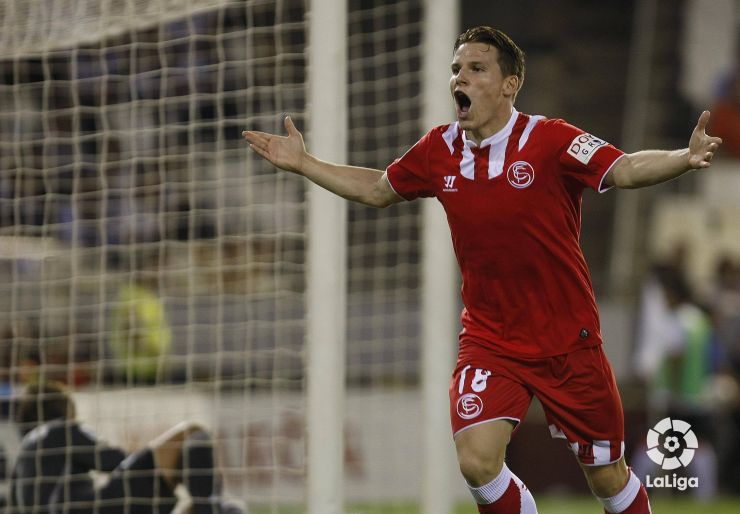 Gameiro, out for Sevilla

The Andalusian outfit's striker will be sidelined for ten days due to a quadriceps injury.

Kevin Gameiro, the Sevilla FC striker, who picked up an injury during Sunday's 2-1 victory over UD Almería in the Liga BBVA, underwent medical tests on Monday.

The Andalusian club has subsequently confirmed that the player has pulled the long head of his biceps femoral, meaning he will be out for ten days.

Also, Jairo Sampeiro and Vicente Iborra are also picked up ailments after the match against Almería. The player from Cantabria is suffering from concussion, while the Valencian has injured his right quadriceps. Despite these issues, none of the three footballers are expected to miss the Liga BBVA matchday-nine match against Real Valladolid CF on the 20th of October.