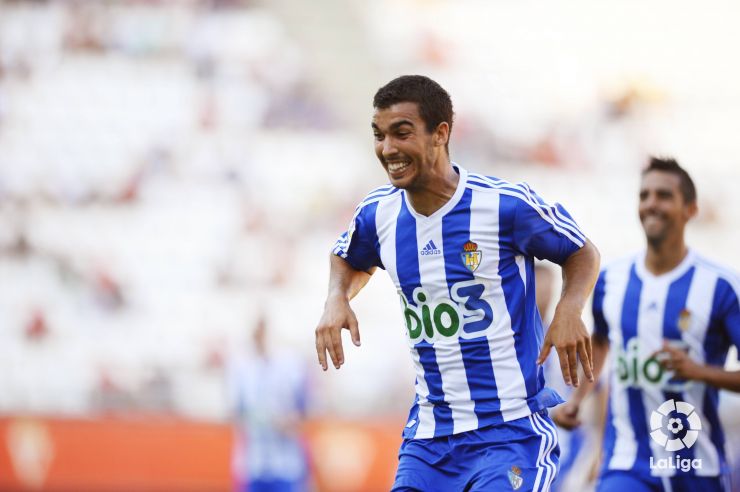 Ponferradina's Balearic Island forward talked about the first half of the season with LFP.es and explained the aspirations that the El Bierzo side have for the end of the season in Liga Adelante.

His youthfulness and nose for goal are helping him shine at SD Ponferradina this season in Liga Adelante. At the end of the first half of the season, Adolfo Enríquez García 'Fofo' (Palma de Mallorca, 02/03/1990), showed himself to be one of Claudio Barragán's key men, top scoring with eight goals and helping the El Bierzo side to get up to twelfth position with 28 points. LFP.es talked to the Balearic Islander about the first half of the season and Ponferradina's aspirations for the end of the season.

Your side had an incredible start to the season, but as the games have gone by the team's level has dropped. Did the good start take it's toll? Fofo: The start of the season was spectacular but it's difficult to keep that up because of the equal nature of the league. The side got through the rough patch and once again we're starting to play like we did at the start of the season, playing good football. I think the results, despite the last two draws, will come.

Last year Yuri was a key member of the side, and this year Fofo has taken on the baton as the side’s top scorer. It looks like Ponferradina always have a standout player. Fofo: We all know that our team's star man is Yuri; he has scored so many goals for this club. I'm scoring a few now and hopefully I'll carry on helping the side. Luckily I've been the one in form, but Yuri's goals will come back soon.

What is it about El Toralín that makes it difficult to take points away from there? Fofo: This season, just like last, we're taking a lot of points. The relationship between the fans and the players is fundamental. They're our 12th man. Sides who come to the Toralín know it's a difficult place to come, and this has fortunately stayed the test of time. Despite being a small ground, the crowd give us a lot of backing and it spurs us on, and therefore our good seasons are in no small part down to them.

"People joke about it in the changing rooms, but honestly, to gain promotion to Liga BBVA would be a dream come true for a humble team like us."