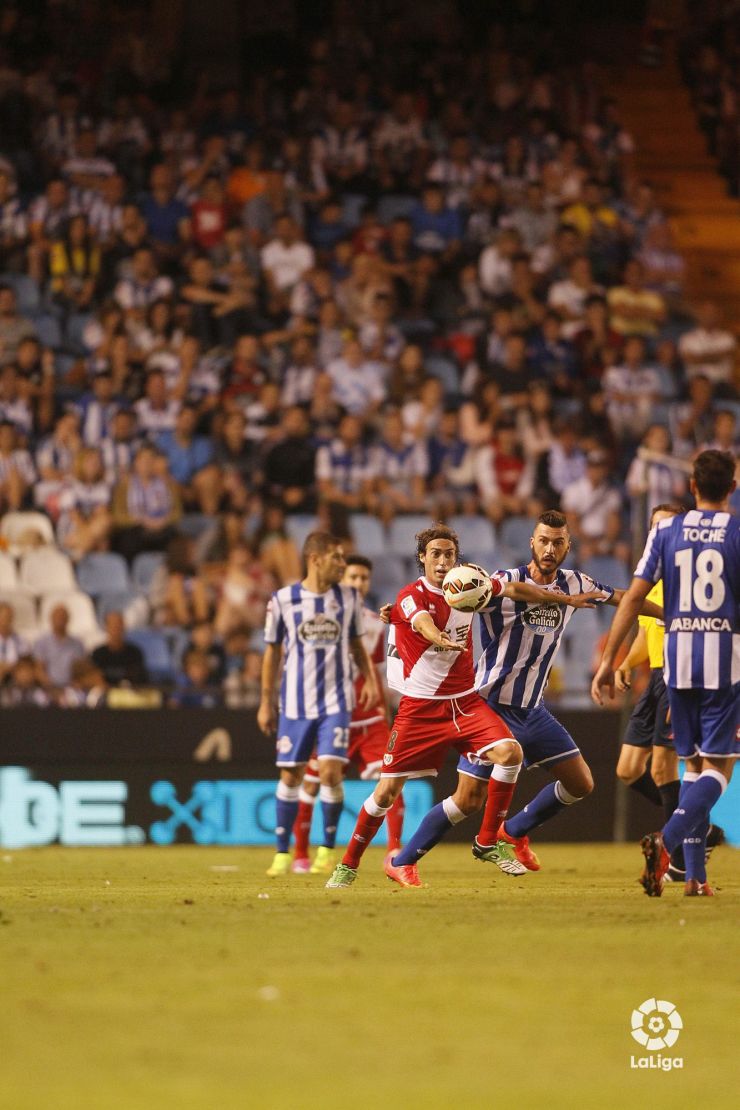 Four goals and high drama at the Riazor Stadium

A 95th minute penalty by Isaac Cuenca brought an end to a pulsating match between Deportivo and Rayo.

Topflight football returned to Deportivo de La Coruña's Riazor stadium after a season down in the Adelante Liga. The visitors, Rayo Vallecano, were coming off the back of a good display in matchday 1. It was an electric encounter that saw a host of chances for both sides, and ended with four goals on the scoreboard.

The first goal came early on after the home side's José Rodríguez pounced on a mistake by Abdoulaye Bá to score the first goal of the new campaign at the Riazor. At 1-0 down, Rayo began to dominate. Depor, however, fought back with some good link-up play, but when a chance fell to José Verdú 'Toché', he failed to capitalize. The visitors soon equalized, Alberto Bueno heading home a magnificent cross from the Mexican Javier Aquino.

The intensity remained high from both sides after half time, a couple of clear-cut chances falling to Alberto Bueno, who succeeded with the third attempt, the assist again coming from Aquino. The Mexican, whose career in La Liga BBVA has got off to a stellar start, won the ball back and broke down the right before setting up the second. Depor kept pressing, and finally got their reward, with Isaac Cuenca's penalty securing the Galician side's first point of the season.