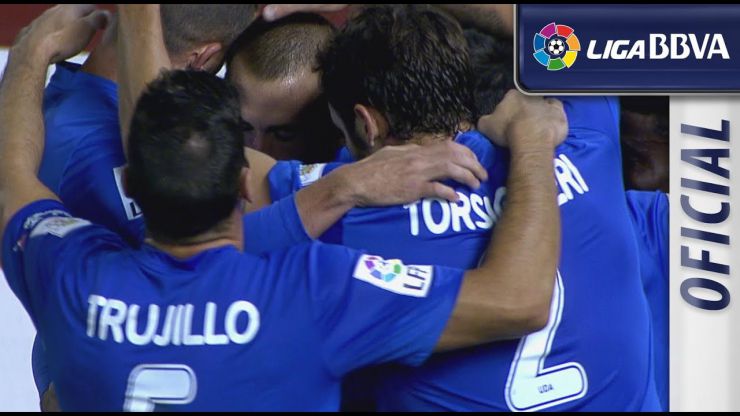 Francisco's side recorded its first victory in the Liga BBVA by beating Valencia 1-2 in the Mestalla.

UD Almería recorded its first win of the season in the Liga BBVA by beating Valencia CF 1-2. To do so, the Andalusian side had to overcome a goal from Jonas Gonçalves, which they managed through goals from Marco Torsiglieri and Aleix Vidal in the second half.

During the first half, it was Miroslav Djukić's side who dominated the pitch. After a great chance for Sofiane Feghouli, whose shot slid wide by a matter of centimetres, Jonas put the team from Valencia in front from 12 yards to make it 1-0 at half time.

After the restart, Almería equalised through a Marco Torsiglieri header from a corner. The goal gave the Red and Whites belief and, less than ten minutes later, they scored again through Aleix Vidal to put the finishing touches on an epic come back in the Mestalla and seal their first victory in the Liga BBVA.